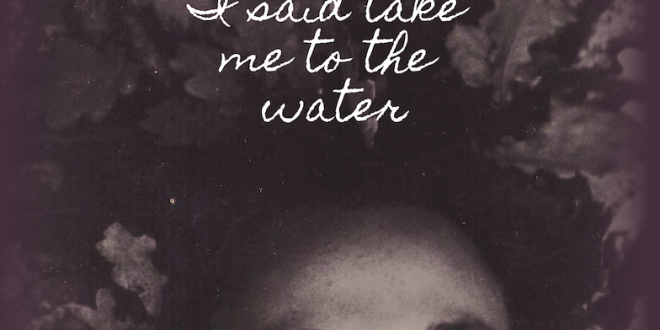 There aren’t many singer/songwriters alive today who have the same depth of emotion in their work that Lauren Crosby does, and her capabilities as a composer and crooner are on full display in her latest record, the unapologetically stylish I Said Take Me to the Water, which is due out this coming May 31st everywhere that independent music is sold. Though it falls in line with the increasingly surreal output of the American underground in recent years, I Said Take Me to the Water is a wholly original effort from Crosby, who pulls out all of the stops to give us her most endearing and engrossing content in one conveniently packaged watershed LP.

Crosby has come into her sound a lot in the last two years alone, and I don’t think that she could have made “Something Strange,” “Skylights” or “Sunshine in My Soul” as moving as they are before this present moment in time. She’s refined her craft so much since her self-titled album, and while “Why Are You So Blue?” and “That Picture” aren’t a total departure from her signature sound, they’re undeniably more expansive and sleek than past stabs at the same melodic mark had been. There’s still room for more growth, but she’s definitely singing like a true superstar in this record.

The instrumental parts in “Madison, Maine,” “Is That OK,” “Tak City” and “You Don’t Need a Rose” are extremely textured and equalized to be as physical as they are catchy, and they help to even out the tracklist amidst more vocal-centric pieces like “Dead River Road,” “Skylights” and “I Work, I Work, I Work.” For the most part, Crosby uses a conservative style of attack with her verses here, which gives the backing band so much more room to strut their stuff without sounding restrained or overshadowed by the potent vocal of our lead singer.

“Why Are You So Blue?” has more swing than anything else on this album does, and even trying to resist the urge to synchronize your hips with its black and white beats proves futile once you get into the harmony that joins the hook together with the main verses that lead up to it. I’d love to hear more pop-influenced material like this and “Is That OK” in upcoming releases from Crosby; she’s got a really dynamic range as a vocalist, and honestly, to see it go unutilized in favor of keeping her image geared towards the alt-country crowd would be a crime of unforgivable proportions.

If you weren’t already feeling excited for summer, Lauren Crosby’s I Said Take Me to the Water is going to get you there and leave you eager to grab the car keys out of the catchall and hit the open road sans GPS. It’s easy to play this record from beginning to end without ever feeling the need to press the skip button, and even at its most intellectual, it never drifts into overindulgent territory for even a second. Crosby outdoes herself in this LP, and if it doesn’t break her moniker into the mainstream once and for all, it would come as an enormous surprise to me.