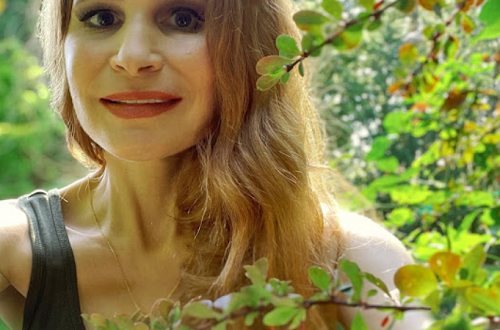 Lisa Marie Claire has a poet’s soul. The singer/songwriter takes her cues from the tradition established by such artistic luminaries as Joni Mitchell, but it misses the point to stop there. She does what any talented artist, musical or otherwise, sets out to do – use their influences as a springboard rather than a model. The latest example of this is her new album, Dawn. The eleven-track collection thrives thanks to Claire’s mix of pop, singer/songwriter, and country music sensibilities. Her delicacy as a writer is another key. Each of the album’s eleven cuts are careful, never rushed, and have beauty as fragile and breathless as moonlight, Dawn is arguably Lisa Marie Claire’s most fully realized work yet.

The first track alone tells you that. “Redwood Wrecks” hails from a different pedigree than many listeners may be accustomed to and those meeting Claire’s talents for the first time won’t soon forget the porcelain-like delicacy of her voice. She serves up imagery that no one else traffics in and it’s always comprehensible and, especially, probing. Few of the other songs on Dawn rely on keyboards quite as much as the opener and they cover the album with a remarkably vivid tapestry of color.

“Please Stop Turning”, however, moves in a different direction. It has classic country music echoes thanks to the presence of Jordan Walton’s pedal steel. The song’s folk music sound is no fluke, however. You can hear it in the acoustic guitar playing and the vocals. The latter, in particular, adopts that style in both its phrasing and melody. It isn’t difficult to imagine Claire singing this armed with nothing else but an acoustic guitar. It will be a live favorite if she chooses to play it in concert.

“Cloudy Mornings” and “There’s Always Suicide” will find their share of admirers. The former features some of Dawn’s best piano playing and its near-ethereal melody never exhausts itself. It’s the words for the former, however, that will probably garner the most attention. Claire gives us long looks in her heart on Dawn but seldom throws the door open wider than she does here. The latter track will probably trump the former. It’s hard to not laugh and feel a little chilled by the adject sorrow running through the song. It succeeds, as well, because Claire gets it that such an ostentatious title might afford Claire the chance to spread her wings wider than ever before.

“Until the World Breaks My Heart” is full of love gone bad. Few modern songwriters, no matter the experience, can claim that prowess with words. She puts her own spin on the song’s traditions without ever turning the song into a lackluster and hollow-eyed note for note tribute. The folkie influence rears its musical head with the track “Moon and Cross” – as does the personal. These are musical pages ripped straight from the textbook and  scanning them on someone’s computer, somewhere. Dawn doesn’t slow down Claire’s progress one iota and the album’s under the radar daring is rewarding.