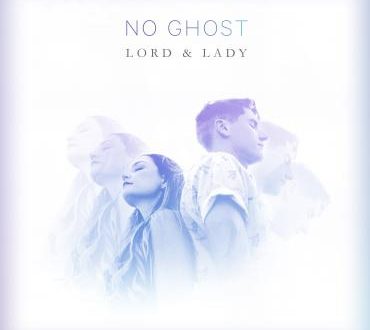 Like a painter carefully applying a brush to a canvas, singer/songwriters Rachel Panchal and Scott Oatley artfully contribute one stroke of colorful tonality after another inNo Ghost, their brand new EP hitting record stores this summer, and their painstaking attention to detail is devastatingly moving in every sense of the word. No Ghost isn’t your typical extended play, and although its four songs might appear to be quite simple and straight forward on the surface, their thoughtful structures and complicated duality make them a far more intense listen than one would expect out of a pop record of any length. Lord & Lady are building a one of a kind persona around finding harmony amidst utter discord, which in and of itself is something that all of us need to do more of these days in our own everyday lives. The mood of No Ghost swings back and forth before our ears like a pendulum, but if you’re a fan of music that lives and dies by its experimentalism, this is the record that you’ve been waiting for this year.

If I have one complaint with No Ghost, it’s that it ends right when we’re getting into the energy of its mesmerizing music, leaving us in desperate need of more with nowhere else to look. While this isn’t really much of a complaint, it definitely speaks volumes about the addictive nature of their style, which like a powerful dose of some foreign drug has us hooked from the very first hit. I spent some time going through Lord & Lady’s total discography leading up to No Ghost and found that this quality of their sound has only recently started to mature, which tells me that this is likely the beginning of an entirely new era for their career. I’m not going to say that Lord & Lady’s next record is going to be an all-out pop extravaganza, but what I do think that No Ghost definitely hints at a much more streamlined sound that is still able to maintain the experimental nature of the earliest recordings.

I think that music has the power to change the world for the better if it’s given the platform and the means to really reach people. Part of the reason why the establishment likes to push artists who follow the same trend is because they’re easy to market, they’re easy to connect to other products, and foremost they’re easily moldable to whatever change in taste the music consumer might have. Lord & Lady have boldly decided to reject this route and find their platform using their own creative means, and although there have been plenty of critics who have laughed at the idea that their approach would accomplish what it has, so far proving them wrong hasn’t posed much of an issue. There’s plenty of room for them to grow a little more and become the kind of band that future generations will come to associate with this time and place in history, but in the meantime listeners can sit back and enjoy the ride with them.

User Rating: Be the first one !
Share
Previous The Gary Douglas Band – Nothing Ever Goes as Planned (single)
Next Jonathon Zemek releases Hillcrest