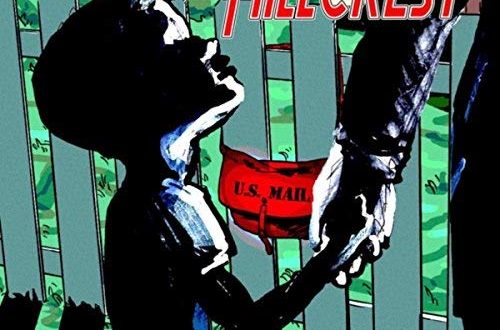 If it weren’t already enough to construct a brilliant concept album the likes of which his generation hasn’t seen before, Jonathon Zemek wanted his new record to be an experience that would engage his audience on every possible level; audiological, visual and physical. With the help of the brilliant artist Chris Rogers and a string of some of the most talented vocalists in the game, he created the record/comic book combo that is Hillcrest – an album that is so ambitiously diverse it might make you rethink your entire perception of modern pop music. Divided into 12 stunning tracks, I had the great privilege of previewing Hillcrest ahead of its late September release and was blown away by what I heard.

Zemek’s first solo affair is extremely progressive both by design and in its musicality, but thanks to the wide variety of influences and vocal stylizing employed in its tracks it never gets to that negative, overindulgent stage that many similarly structured LPs do. Where we start off in the lazy grooving of “Build it Out of Love” is hardly where we finish with the countrified airiness of “Love,” but the long road there isn’t particularly challenging for casual listeners to travel. Whether you’re a diehard prog rock fan or a relative neophyte, connecting with Hillcrest is never an issue.

“Only What You Believe,” one of the darker and more psychedelic-tinged tracks on Hillcrest, might be one of the more musically melancholic rock songs I’ve reviewed in 2018, but it’s also one of the more sonically calculated. The melody never really shifts between the verses but rather stretches out, so much so that by the two and a half minute mark of the song it feels like the band is going to spill right out of the speakers and into reality. Contemplative and startlingly hypnotic, this song alone makes Hillcrest a worthy purchase for contemporary rock fans.

Proving that he can dish out epic heavy metal thunder as easily as he can jazz fusion or blues-soaked garage rock, Zemek really lets us have it in “Everything Will Change,” the jarring seventh track which sees Peter reconciling his anger with his maturity. If you would have told me that any artist would be able to stack all of this content together in a single disc and not come off as pompous bombastic, I would have called you a liar. Zemek defies a lot of odds though, and he might be the most original artist in the game right now.

Hillcrest is the anthology record that was missing from the 2018 songbook and it’s a wonderfully complex listen (or read) for anyone who enjoys thought provoking artistry. Jonathon Zemek had a lot of help in the creation of this piece, but don’t think for a minute that it would have been possible without his unique creative touch guiding the production every step of the way. He’s an innovator in a time of rampant imitation, and I for one couldn’t be more thrilled by the exciting direction his solo career is taking him in.

User Rating: Be the first one !
Share
Previous Lord & Lady release  “No Ghost” EP
Next Nate Smith – Some Kind of Dancing