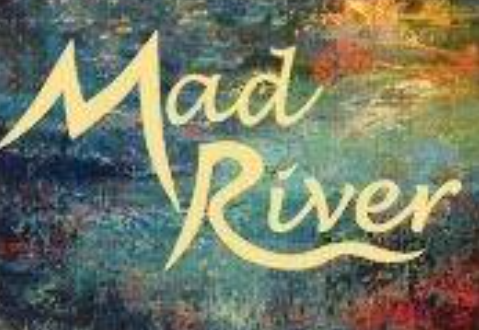 Mad River release “Come As You Are” (SINGLE)

Mixing a little bit of country, blues, folk and pop/rock together in a single isn’t exactly a new idea, but that doesn’t make the cocktail Mad River puts together for the world in “Come As You Are” any less exciting this June. Available in both single and lyric video formats, “Come As You Are” throws elements from all of the aforementioned genres into a melting pot of melodies that depends as much on texture and tonality in telling a story as it does traditional verses and harmonies. It’s a gem to say the least, and yet another fun song from the Great North that American indie fans should definitely check out right now.

Mad River take a very streamlined approach to the production in this latest single, and while that doesn’t fit in with the minimalist/artsy trend that has been exploding in the underground recently, that could be why I like “Come As You Are” as much as I do. There’s nothing about this track, nor its video, that translates as being a stab at cultural acceptance; in other words, I feel like this is a good example of Mad River playing to their own strengths (and leaving the egos out of the equation completely).

Compositionally, “Come As You Are” is frills-free but not so stripped of aesthetical varnish that it feels starkly void when the hook isn’t ripping into the audience. The concept behind this piece is steeped in the fundamentals of pop/rock, and while the execution has a singer/songwriter stylization to it, there’s nothing in the bones of this track that says it wasn’t meant to be heard at top volume in the company of friends. This isn’t introspective balladry; it’s a partygoers’ celebration song, which is something we don’t see or hear a lot of anymore.

Unfiltered beats might be the big fad in the states right now, but up north in Canada, bands like Mad River are adhering to a simplistic melodicism and making quality music as a result. There’s still a lot of room for growth here, but if “Come As You Are” can be a jumping-off point for this group, I don’t think they’ll have a hard time finding an American audience that rivals the following they’re building up in their native Canada. This probably won’t break them through to the mainstream, but at minimum it should make such a goal a lot more attainable in the future.

User Rating: Be the first one !
Share
Previous “I Can See Clearly Now” by The Side Deal
Next Ted Cline releases new Single