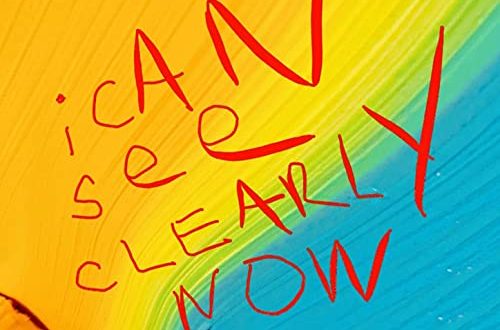 “I Can See Clearly Now” by The Side Deal

In the lyric video for their cover of the classic pop staple “I Can See Clearly Now,” The Side Deal offer a full-bodied pop/rock response to the pessimism that has run rampant in pop culture recently. There are no clouds in the sky here, nor are there any vague references to the politics and purist linguistics that have left us in division far too often in the past few years; there’s only music, and the masterful artists bringing it to life. The Side Deal is made up of veteran players, and whether you’re a professional music critic like myself or just a casual radio fan, I think you’re going to notice the experience that they bring into the studio with them in this stunning new single/video combo.

The rhythm in this track accentuates most every component of the melody, starting with the string parts. On some level, I think that the grooves add to the physicality much in the way that the visuals contribute to the accessibility of the content overall. There’s nothing wrong with delivering something on-the-nose if you know what you’re doing, and thankfully for music connoisseurs everywhere, The Side Deal definitely have a good grasp of what kind of material they want to stamp their moniker on. This isn’t an easy cover, but they still make it sound like a simple, black and white pop song just the same – save for the layered extravagance within the harmony in the chorus, that is.

“I Can See Clearly Now” probably didn’t need as much of a bassline presence as it was afforded, but nevertheless, I think that the imagery in the lyric video does a good job of compensating for such cosmetic inefficiencies (as far and few in-between as they are). There isn’t anything about the video or the single on its own that I would deem offensively over the top; in fact, this is truly one of the more inspired cover songs I’ve had the pleasure of reviewing in the year 2020. In both dark times and the brightest of days, music like this can make all the difference in the world when it comes to getting people on the same page, and in this respect, The Side Deal’s timing couldn’t have been any better.

Robust and righteously untethered to the camp of typical covers, pop fans really can’t go wrong with “I Can See Clearly Now” at the moment. I just started listening to The Side Deal just recently, but if this is the kind of music that they plan on divvying out to the masses in the future, I’m planning on sticking around for more of their work. There are no shortage of indie artists coming out of the shadows in 2020, but among the more aesthetically-streamlined groups that I’ve come across, these guys are one of the more promising crews to be releasing new music this season. I like what I hear, and after you take a peek at the lyric video for this track, I think you’ll share my sentiments.