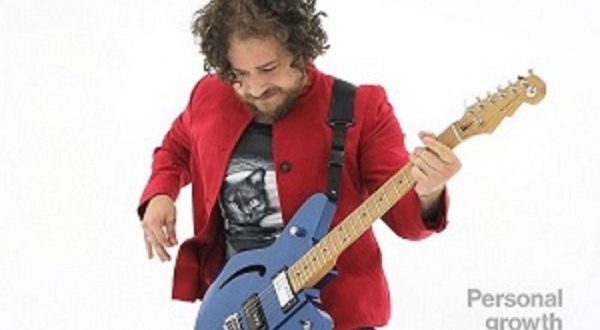 Max Feinstein’s journey leading him to write and record his album Redefine isn’t especially unusual. We’ve heard of artists, musicians or otherwise, overcoming medical difficulties to produce memorable and lasting work. It isn’t his struggle with hemophilia and its side effects that set him apart. It’s the wild and rollicking creativity present in each of the album’s seven tracks that makes Feinstein’s Redefine stand out from a crowded field of talented performers and songwriters. His avowed influences are instructive about what listeners encounter on this collection – Ween, Paul McCartney, Mastodon, Mike Patton, and The Mars Volta are among the reference points for these songs, and it reflects the all-encompassing stylistic range of these songs.

The Jersey City based songwriter’s “progressive grunge” is a personal statement but provides listeners with a raucous ride. John Roccesano’s drums are crucial to the success of the album opener “Borderlines” as his playing is equal parts skill and strength. There’s a near tribal intensity to the momentum he builds here and spurs Feinstein’s guitar playing and vocals to impressive heights.

“Stop the Madness” is a stylistic 180-degree turn. Feinstein softens his delivery a great deal from the rock histrionics required by the opener and the nasal aspects of his voice won’t be difficult for most to digest. The descending acoustic guitar figure recurring throughout the song makes an unexpectedly enormous contribution. The cathartic slant of the songs continues with “Charades” and the tempered approach introduced with “Stop the Madness” continues as well.

Feinstein, however, can’t resist introducing rough-hewn guitar work during the song’s second half and the contrast of dynamics is one of the album’s strengths. “Pass”, the album’s fourth track, lays another stylistic shift on listeners as Feinstein serves up the “progressive grunge” mentioned earlier in this review. There’s an almost Primus-like whacked out and souped up funk spirit firing throughout this track but Feinstein skews things even further with unexpected keyboard touches.

“Dear Anxious” will be a high point for many. The theatrical inclinations of the song are clear from the beginning. Feinstein and his musical collaborators weave a lush musical landscape from the outset; there’s a lot for the ear to enjoy in this song. Many listeners, as well, will laud the track as one of Redefine’s lyrical peaks. The album’s title song ends Feinstein’s release on a definite progressive note. The languid dream-like tempo and acoustic jangle present throughout the song give it a different feel than the six preceding songs. Attentive craftsmanship is apparent during this album, but moments like this underline the fact.

Listeners will end Redefine certain that, barring the unforeseen, Max Feinstein will be back with more and better. The level of inspiration present in this collection is so high that spillover into the following releases is all but assured. Redefine lives up to its billing. Feinstein has succeeded in redefining his music and message and nothing will stop him from expanding on its potential with future albums and singles. Many will continue to watch his progress.