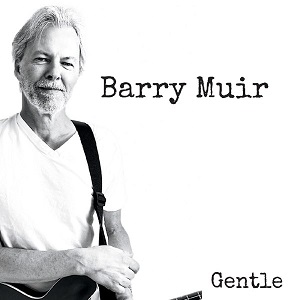 Barry Muir has been setting the standard in his scene for a minute now, but in the new single “She’s a Little Wildflower,” he advances his melodic output far beyond what a lot of his contemporaries are capable of even envisioning. While simplistic in structure, this track invites us into the soul of its composer without becoming too self-centered in style, which is hardly something easy to accomplish. As a pop song, this is quite an intriguing piece; as an indie release, it’s exemplary of what the anti-establishment soft rock genre should sound like in 2022.

Muir’s voice is absolutely the main draw here, but his attitude towards the string-born harmonies is just as pivotal to our appreciating the aesthetics of “She’s a Little Wildflower,” and the Gentle LP as a whole. Though I think he’s a little softer on the lead vocal than he needs to be, he definitely cultivates an intimate vibe through his disciplined lead, cutting through tension long before it ever has the chance to swell. As a folk/rock single, this is really smooth and perhaps telling of what the modern Americana revival could produce if led by the right players in the game today.

You’d be hard-pressed to hear another singer/songwriter with the push that this player has in his latest single this March, and while Barry Muir has demonstrated himself to be quite the adept poet in the past, this might be his best work yet. He’s mature in this piece, and telling us exactly what kind of an artist he wants to be; without the synthetics or the fluff, he’s portraying quite the indulgent image here and suggesting an ambitiousness that no credible music fan would want to miss out on. “She’s a Little Wildflower” is a bar-raising number for this player, and I think the critical consensus will reflect as much.