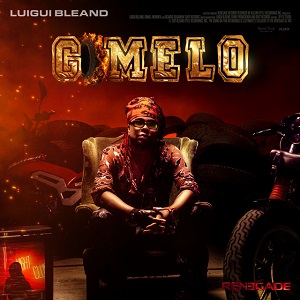 Using rhythm as a tool for communication falls under the modus operandi of most modern rappers; that said, when Luigui Bleand is doing it in his new single “Gomelo,” it feels as fresh and contemporary a technique as anything else in this rising star’s profile does. Bleand isn’t the type of rapper nor songwriter to put all of his eggs in one basket, which is to say that you’re not going to catch him relying on the depth of his lyrics alone to tell us a story. Contrarily, everything that’s at his disposal will be used, beginning with these beats.

The harmonies surrounding the hook are perhaps the most Dominican element of the track, but they don’t distract from the charge in the lyricism at all. If anything, I think the juxtaposition of melodic and physical elements in this mix makes the lyrical substance a bit more fiery and enticing than it would have otherwise, translating these Spanish verses into something universally accessible and telling of the talent this player is bringing to the table with him. He’s shooting from the hip whilst avoiding the temptation to overstate any one aspect of his skill set, which is a lot harder than it sounds (just listen to the mainstream right now).

Bleand’s rapping is easily as strong as his singing is in “Gomelo,” and I think the balance between the two methods of delivery does a lot to spotlight his versatility as a performer. Depending on the tempo and the tone of the lyrics he’s trying to get across to the audience, he has different options at the microphone that a lot of his closest rivals in and outside of the underground just simply do not have access to, and he wants us to be especially aware of this in this single.

“Gomelo” features one of the least overwhelming pop hooks I’ve listened to this March, and although on the conservative side I think it still matches up well with what we’ve been seeing and hearing more and more of in reggaeton and melodic trap in the past year or so. Who says you need to be indulgent in these genres to sound smooth in the final product? Bleand not only rejects the use of fanciful studio aids in this performance but flat-out makes it clear he can go barebones and still deliver us something that feels elaborate and indicative of his culture.

Thoughtful hip-hop with a powerful Hispanic edge isn’t impossible to come by in 2022, but if you’re looking for pure quality, you can’t go wrong with what Luigui Bleand has produced for us in “Gomelo” this month. He’s got the swagger at the mic that we expect out of the most elite players in this genre of music, but what’s more is his ambitiousness as a songwriter – I can already tell here that this isn’t his peak, but yet another evolutionary stage from the noted “Humolandia” performer. I’ll be sticking around for more, and I think you would be wise to do the same.

The music of Luigui Bleand has been heard all over the world in partnership with the radio plugging services offered by Musik and Film Radio Promotions Division.  Learn more https://musikandfilm.com