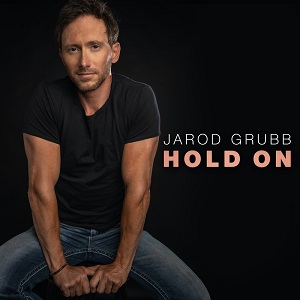 Right from the start, the dirty strings in Jarod Grubb’s “Hold On” are giving a pretty good indication as to the sensuousness of the ballad that lay before us. There’s a raw simplicity to the opening bars of this single that is a bit deceptive in the sense that it doesn’t warn us of just how indulgent a piece of music this is, and once this singer starts to do his thing with the verses, the reality of what we’re listening to begins to really sink in. Grubb is an indie player for sure, but with the chops that he has in this performance, he portrays himself as an artist on the verge of a major breakthrough with mainstream audiences around the globe.

Confidence is the cornerstone of all success in this industry, and it wouldn’t be fair to break down “Hold On” without taking into account the pure swagger that this player is throwing up at the front of the track. He’s stopping well shy of being cocky, but his presence here is one of a true veteran as opposed to a young rook trying to find his place in a surprisingly complicated age for underground music. Any time he’s breaking away from the evenness of this groove is to punctuate the emotion in a lyric, which isn’t something you can teach in any school – his is a talent, top to bottom, that is natural, unforced, and unrelenting when put in the right set of circumstances.

Jarod Grubb hasn’t struggled to assert himself as a skilled singer in his budding career thus far, and it’s in this sense exclusively that “Hold On” is on par with the content he’s released to date. What makes this a more compelling listen than the first couple of songs that I’ve listened to in his discography is that he seems just a bit more comfortable with his surroundings here than he has previously. It’s as if he’s found the perfect center between worshiping his medium and owning it his way, and again, the confidence this affords him as a performer is immeasurably important in a single of this quality. He wasn’t ready to record this before, but it’s more than obvious, to me at least, that he’s ready for the next level now.

There’s still a lot more depth for Jarod Grubb to explore as a singer/songwriter, but for what he’s got down so far, I think you’d have to be foolish to deny the opportunity he has to make provocative and smart country music in 2022. “Hold On” gives us his sensitive side in full high definition sound, and although I don’t believe he’s pushing himself as hard as a lyricist as he potentially could, he’s showing us that he isn’t afraid of his own ability – he wants to be better than he was just one single ago. His willingness to keep growing as a songwriter exhibits immense humility, and I believe it’s going to yield him a lot of accolades before the year is done.

The music of Jarod Grubb has been heard all over the world in partnership with the radio plugging services offered by Musik and Film Radio Promotions Division.  Learn more https://musikandfilm.com