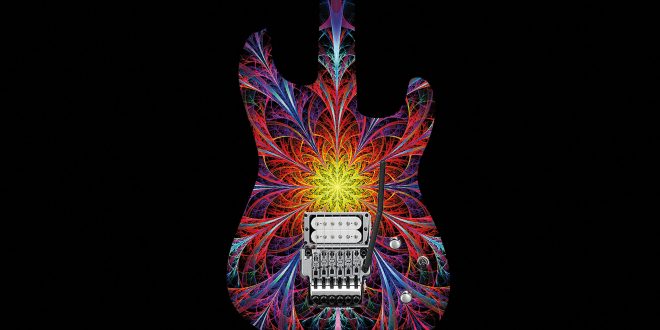 With a swift kick in the drums and a heartily swinging guitar riff to lead the way, Mike Dekleva’s Psychedelia opens up with a title cut that is as entrancing as its name would suggest it to be, and inside of the song’s three minutes and change, we’re introduced to a funkier side of instrumental rock that will leave any listener ready to embrace whatever swagger is awaiting us in the next three tracks. I can attest, from personal experience, to the confident grooves being stacked as high as audiences can handle them in this rock-solid EP, and while the smashing march of this initial number is quite intoxicating, it arguably doesn’t hold a candle to the magnificently melodic wall of sound that comes barreling out of the speakers in “Miguel’s Last Stand,” the next song in the tracklist.

“Miguel’s Last Stand” sounds and feels a lot more aggressive in stylization than the title track does, but beneath its surface cosmetics, Mike Dekleva is in fact using much of the same constructional approach to the riff-rocking he does here. There’s a pulsation to the percussion that contributes to the muscularity of the master mix as a whole, but even when the drums are bearing down on us like a wild animal sizing up its prey only moments before moving in for the kill, the guitar is always the main star of this song, and truly, every composition that Psychedelia has to behold. Dekleva’s a string-shredder through and through, but I will say that he adeptly avoids the pitfalls of sonic excess from start to finish in this record.

“Between the Devil and the Deep Blue Sea” clocks in as the longest song on Psychedelia, running just over five minutes in total, but it doesn’t feel like an overextended jam session in any way, shape or form. In all honesty, I probably would have enjoyed this track just as much were it twice as long as it is, mostly because of the ethereal way in which it builds up the tension among its audience only to find a release towards the conclusion of the song that sounded more inspired and emotional than most anything I’ve listened to on the Top 40 lately. That’s no small statement to make, but for an artist like Mike Dekleva (and an EP like his 2018 gem), it comes with the territory to some extent.

Psychedelia wraps up with a brief foray into post-rock atmospherics in “Love Finds a Way,” and as much as I love the title cut in this record, I think that this song should have been the first one we hear in the tracklist. Mike Dekleva asserts himself as one of the premier guitarists in the underground today in “Love Finds a Way,” and really all of the content we experience on Psychedelia, and if there were any critics left in doubt of his skills before hearing it this March, I think they’re going to be changing their opinions of his work after getting ahold of this incredible demonstration of his abilities.