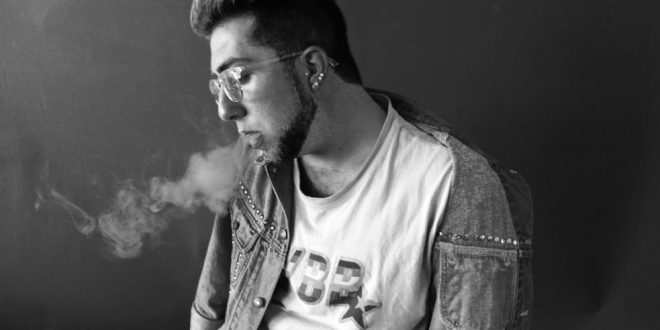 From left coast to right, pop fans are getting pumped about California’s hottest  breakout singer/songwriter, Mikey See, his new debut single “Don’t Wait,” which looks as inward at interpersonal relationships and the emotions that come with them, as it does outward to the exciting future of music. See pushes all the limits on “Don’t Wait,” a track that could easily be categorized as a slow jam out of the early 90’s until the Future-inspired chorus beat fast forwards us right into 2018. Don’t get me wrong, See’s debut single is hardly just another garden variety pop/rock offering to the feeble masses; See acknowledges pop structure and R&B swing, but he’s committed to cutting through the predictable and presenting you with some real genre-bending moments that force you to appreciate his artistry.

A loose, freewheeling vibe that is reminiscent of Sean Kingston enamors listeners throughout the song, creating what feels like an island paradise for Mikey’s lovesick lyrics to bask in. There’s plenty of serenading for fans of Michael Bublé and Sam Smith, who will find “Don’t Wait” to be the perfect hybrid of a classic standard and a stereo-shaking dance track. Much like the accumulation of rain in a puddle, all of the emotions of an abandoned heart begin to pile up, filling the days until that love (and the person who took it away) are all a person can think about. With little fanfare, the love of someone’s life can one day be here, the next gone, forever, with little to no trace that they, or what they shared, ever existed. The stark contrast of the enveloping warmth of love juxtaposed with the emptiness of being alone shatters through Mikey’s vibrato in the second chorus. The pause feels like a moment of reality when you realize what you lost, what you had, and start to embrace the prospects of life on your own. It doesn’t last though, because Mikey has some choice words for the selfish and cruel: you may be gone, but I won’t be forgotten. You won’t stamp out this flame just because yours has burned out. And I don’t know if it’s Mikey’s voice, Mantra’s music or Glenn Travis’ mix, but the message couldn’t be louder, prouder, and more inspiring. It shouldn’t come as a surprise that Mikey has plenty of inspiration to shell out.

Discovering his musical abilities at just 12 years old, Mikey will be the first to tell you that growing up feeling different was not always a good thing. He was enrolled briefly in a music school during his youth, but found soon that singing standards and being forced to blend in with the crowd was hardly his style. Instead, now at 20 years old, he’s transplanted himself from his home state of New York to the sunny beaches of Los Angeles to create his own identity.

As he recently shared in an interview; “This is where I belong, making music, trying to help my community and the world. I’m here to heal and comfort people through my songs and performances, and make sure that no one out there, and especially no kids growing up in this generation, ever feel like I felt.” A worthy mission from a cultured and articulate songwriter, whose next release is set for September. For those who can’t wait, “Don’t Wait” is available now on Spotify and all digital platforms