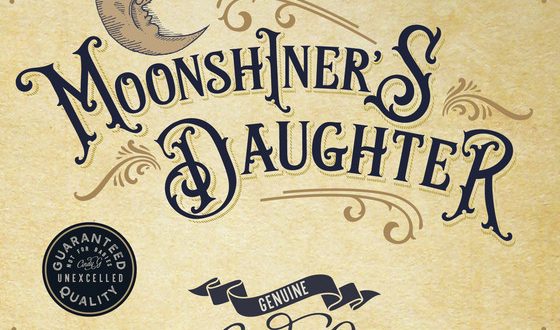 The subtle chicken pickin’ of a guitar greets us in the opening seconds of the title track of Moonshiner’s Daughter, the inspiring new bluegrass album from none other than Pennsylvania’s very own Cindy G. She passionately sings “I’m nothing more than a Moonshiner’s Daughter,” and her words echo through the valleys of the Blue Ridge Mountains like a yodel from the heavens, her wistful longing casting a black shadow over everything in sight. It’s a melancholic introduction to “Truckload of Troubles,” but the mischievous glare of the follow up track makes the dirge of its predecessor feel almost stoic. Cindy and her band don’t want us to get comfortable with one tempo for too long, and by rounding out the initial trio of tracks with the lethargic “Heiress,” they make certain that they’ve got the attention of everyone within earshot.

“More Good Looking on You” is more standard bluegrass fodder, finding its soul in the adrenaline filled banter of a guitar and a fiddle. It primes us for the slow dancing “The Drive” surprisingly well, but nothing could prepare us for the emotional thunder of “Love Train” and the killer set of strings that come neatly packaged inside it. You don’t have to know much about bluegrass to know that this is one of the genre’s more exciting releases in the last quarter century, and it’s thanks to songs as frisky and unabashedly modern as “Love Train” and the subsequent “Long Line of Love” that bluegrass is going to survive well into the 2020s.

“The Forgotten” picks up where the low-key ending of “Long Line of Love” leaves us and takes us strutting back along the trail of bucolic daydreaming that first grabbed us in “Heiress.” It’s not as personal or raw as “Pennsylvania Dirt,” but let’s get real for a second – very few songs are. I think “Pennsylvania Dirt” is representative of the genesis behind Moonshiner’s Daughter not just because of its autobiographical lyrics but because of the way in which Cindy G chooses to present them to us. The music of the song is as stripped down as the words, making us feel like we’re watching an old home movie of Cindy’s life play out before our very eyes (and in this case, ears).

The quaint acoustic love song “Wait on Your Love” is straight out of late 90’s country/pop and should be designated the official radio cut from Moonshiner’s Daughter. I think that this album, more than 2015’s Jail Break, is going to do particularly well with the country crowd, who have slowly started to come back to bluegrass in the last couple of years thanks to landmark records like this one. The easy listening, observational homage “This Old Man” ties together all of the loose ends remaining from the abrasive ending of “Wait on Your Love” and preps us for the closing track “Two Feet on the Floor” the best that it can. “Two Feet on the Floor” feels like a reverent send off after listening to the eleven songs that come before it, but it’s also an addictively catchy song in its own right. The bottom line is that no matter where you start with Moonshiner’s Daughter, this is one tough record to put down – and no one in their right mind would want to.