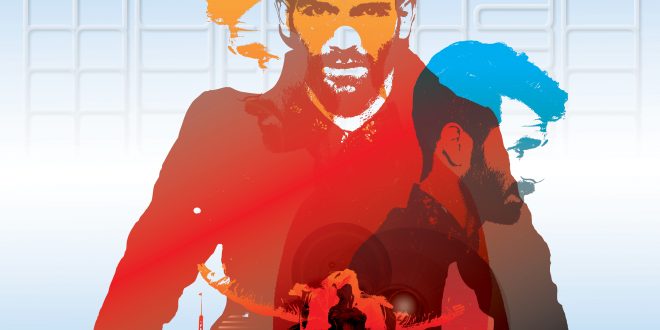 As a music journalist, a big part of my job is finding the appropriate labels and defining terms to attach to bands and solo artists so that audiences can have an easier time finding what they want to listen to. Classification is essential to categorization, but even though I’ve come to embrace the reasoning behind why we have to put every artist into a genre pool, I don’t think that I’ll ever fully agree with it. Take a band like Elsewhere. They’ve been making music since the 1990’s, and you could definitely classify all of it as being rock music in essence, but when we break down each one of their releases they demonstrate a remarkably different direction for the band in each instance. I recently listened to their upcoming EP Multi-Man, and it’s by far their most experimentally constructed release yet, coming close to all out alternative metal in some places and backing up into a more melodic post-punk realm. Elsewhere isn’t a rock band because rock is just too limiting a label to truly describe their work.

About ten years ago, experimentalism in pop music was more of a burden to bear than it was something to flaunt and be proud of. Gradually over the last decade, the collective taste of the average music consumer has expanded and shifted more and more in an avant-garde direction, getting further away from the boxy structure of old school pop/rock and becoming significantly more shapeless and open-ended in design and delivery. Elsewhere didn’t stay behind and try to produce songs that would now be considered too archaic for contemporary ears; instead their music has changed with the times and become just as wildly diverse as the climate of culture that we’re living in now. Even in “Don’t You Believe Me Baby” (Elsewhere’s adaptation of The Police song of the same name), the string parts and the vocals swirl together to make an almost neo-psychedelic technicolor daydream that just wouldn’t have been sonically achievable twenty years ago. It’s almost like Elsewhere is deliberately making sure not to travel the same path twice, a thoughtful action that other bands of their generation still active in 2018 should try sometime.

Before I was ever writing about music, I was performing it as a musician myself. I’ve got to say, as a player it’s really heartwarming to see Elsewhere still going at it with the same youthful lust for the spotlight that they had twenty years ago. I was listening to the title track from Multi-Man the other day driving into the city around dawn, and I couldn’t help but notice how similar the brooding build up to the chorus was to that magical moment when the sun is just about to break over the horizon and start a new day. Elsewhere have given us some pretty memorable moments through the years, but this record feels like a particularly special one; it’s a watershed moment if you will. It’s been quite a road to get to this point, but this band has plenty of ground still left to cover before their day is done.

User Rating: Be the first one !
Share
Previous Kanisha K releases Talk is Cheap
Next Moonshiner’s Daughter by Cindy G.