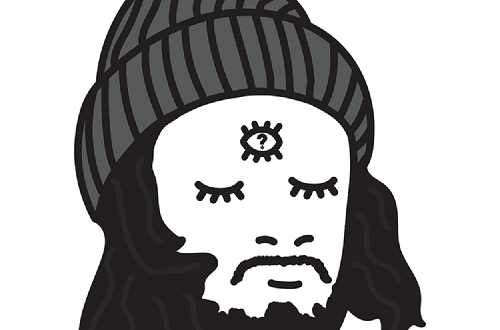 While it might flirt with certain synthetics just as a means of binding together its most sensuous angles, there’s something wholly organic about the main elements of “So Mysterious” that makes it clear just how invested in the music Noshows are this summer.

There are a lot of different ways they could have gone about recording this single; where a lot of others would have stripped down the frontend to make as much of the spotlight centered on the groove of the bassline in this song, Noshows are doing the opposite and layering a guitar and drum part together in this mix. Although the vocal is prominent, it gets a fair boost from the instrumental harmonies in the backdrop, which is something a lot of singers are too proud to do in R&B and rock music the same. From what I can tell, this is a track that was never meant to impress its creators’ peers but instead an audience demanding something very specific out of their indie acts at this moment in history, and this is a band that wants to answer the call by making movement the center of their song as opposed to rich melodies or percussive prowess alone.

After the verses, the next component of “So Mysterious” that really caught my ear was the guitar parts, especially when they get some additional footing in the latter half of the single. There’s plenty here to suggest that Noshows want us to embrace their technical side, but they’re not driving home intricacy as being a means of compensating for a lack of soul – truth be told, they’ve got more emotion in these lyrics than some artists would know how to convey without some sense of saccharinity.

I suppose it helps that the arrangement is more jazz-inspired than it is influenced by anything in the mainstream family of pop concepts, and it’s through the texture-heavy mix that the tempo is able to trap us in Noshows’ grip as well as it does. There was some real thought that went into making this piece special, and I can’t say that you’d have to be a professional critic or an industry insider to appreciate just how much is going on in this song.

The vocal in “So Mysterious” alone might be enough to entice a lot of listeners that don’t normally go for content out of the American underground in this genre or any other, but if I said that this single was anything other than the full-package in the departments that actually matter I would be telling an outright lie. Noshows is a very ambitious act that doesn’t want to get caught following the same path that their closest rivals are, on either end of the business, and from what we’re able to learn about who they are as a collective through “So Mysterious,” I think that their connection with the narrative is genuine, their love of the music is indisputable, and their potential as a band moving into the future is quite powerful to say the least.

User Rating: Be the first one !
Share
Previous Senja Sargeant “Never Gonna Turn Away” (EP)
Next The Mark “Wondrous” (SINGLE)