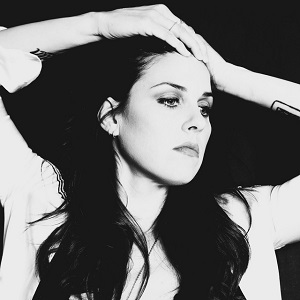 Senja Sargeant’s journey from Montreal to a growing global profile is a story about how music and talent still matter. Cynics and naysayers are abundant across the board in music as in life and it’s easy for us to fall into the trap of condemning outright anything new. Who can blame people though? The supposed gatekeepers of the music world have unleashed all manner of calculated to the last note fare designed to fleece us of our well-earned cash while providing scant substantive value. Senja Sargeant’s foray into authentic country music, an always subjective thing, cuts through the chatter and stands for exactly what it is and nothing more – superlative songwriting and musicianship.

Never Gonna Turn Away is a four-song EP that balances the best of fundamentals and modernity in a single package. Sargeant’s vocal style may remind you of several singers, it certainly strikes familiar notes along the way, but a sense of personality ultimately emerges from the performance that’s worth much more than any notions of tribute. The title song opens the release by mixing light rock textures with country overtones with great success. It’s a different sort of “countrypolitan” sound than prior generations heard but the intent is similar, though Sargeant’s intentions run much deeper.

“Still Dreaming” is outright singer/songwriter pop. This, however, doesn’t mean that the arrangement lacks substance – far from it. Sargeant’s writing elevates typically mundane subject matter for songs into a highly personalized realm. It retains the power to affect listeners, however, because of how well she invokes specific detail in her songs – listeners are well-versed in transposing such slice of life details into their own lives. The emotive vocals reach a pinnacle with the track “Thunderheads” and much of it comes with the always classic pairing of voice with piano.

It’s an especially effective union in this instance. Sargeant’s voice inhabits these relatively brief tunes and imbues them with a sense of emotional stakes they might not otherwise possess. This cinematic ballad isn’t the lead balloon crashing to earth that it could be but an impassioned ride through a well-defined emotional landscape that’s changed the singer’s life. The EP closes with the laid back and relaxed home truths of “Now I Understand” and the country influence once again permeates her music. It brings Never Gonna Turn Away to a satisfying ending while holding out the promise of more to come.

It’s obvious we’ve only scratched the surface of what Senja Sargeant is capable of with this four song EP. Her voice has elastic gifts, delving into smoky lower registers, and soaring high as well with equal ease. Her interpretative powers are equally impressive as joy and heartache fall off her tongue with attention-grabbing talent. This EP is just the next big step; it is far from the final stopping place for this gifted singer and songwriter. It is, however, an important marker along the way as Never Gonna Turn Away gathers some of her very best material so far under one banner and will surely make her a bevy of new fans.