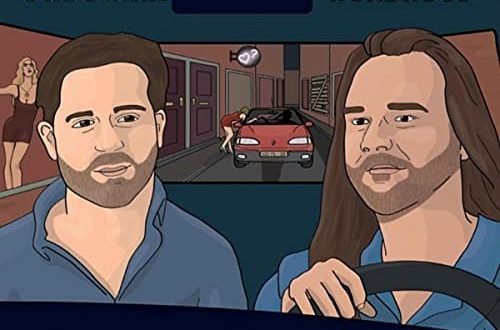 The state of modern rock is in disarray as both fans and artists alike seemingly run in all directions, looking for inspiration and metaphorical gold rushes. There are undoubtedly successful artists still working within the mainstream rock genre, but for most to find success, there are only shadows of larger titanic rock groups to stand within; carving out your path without risking the possibility of coming across as derivative has never been harder, but plenty are still trying! The Mark, a classic rock group based out of The Netherlands, is one such group, and their latest single “Wondrous” serves as a landmark entry and a significant step for the group to walk forward, deeper into the rock genre/mainstream.

“Wondrous,” debuting both with a single release on streaming services and a music video on the band’s YouTube page on September third, is a song unlike anything else currently getting released. Mixing classic rock sounds with modern electro-production and prog-rock vocals, The Mark is deft in their single’s presentation. Yearning lyrics about untethered love fill the song front to back and the chorus is perfect between lead singer Mark Schraven’s dreamlike melody and the words “Love is wondrous.” To some, there might be a fear of too many cooks in the kitchen, but The Mark proves that this isn’t always the case as “Wondrous” works wonders and establishes itself as a knockout first page in the next chapter for the Dutch band.

Operating simultaneously as the band’s latest single and the lead single (and title track) off of the band’s upcoming LP, “Wondrous” is a perfect introduction to the work of The Mark. Eagle-eyed listeners will be able to find a stripped-down version of the song on the band’s website, seemingly recorded as part of a lockdown EP titled Live & Unplugged, and while this bare-bones version does a great job at communicating Schraven’s emotions, the high-quality production feels like everything the song and band have been racing towards. Giving “Wondrous” a modern pop flourish in its overall presentation is a brilliant touch, and the electric flair that carries the core melody feels irreplaceable in hindsight.

It’s not every day that bands feel as certain and surefire as The Mark, but after spending time with “Wondrous,” it’s not every day that bands have a song as timeless and confident. Mark Schraven is undoubtedly pulling the strings in the show, and his masterful ear and knack for crafting songs that feel unstuck in time give me hope that it’s only a matter of time before The Mark finds the gust of wind that carries them off to mainstream success. A quick Google of the acts that have collaborated with The Mark will help listeners realize that this little band from the Netherlands isn’t so little, but give it time and the collaborations will only have just begun. “Wondrous” is a song as complex in its layers as it is simple in its catchy melody, so I wouldn’t be surprised if a few remixes in the same vein as the Live & Unplugged variant are on the way; either way, The Mark is on a great path and their mark will be indelible.