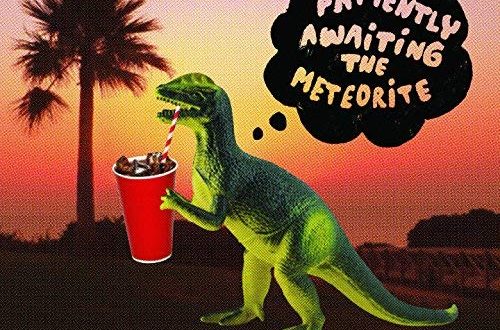 For those of us who live for progressive music that dexterously pushes us to reexamine the structure of sound and artistry itself, Canadian rockers Patiently Awaiting the Meteorite have gifted us an album for the ages in Canyon Diablo, their spellbinding debut LP out everywhere this year. PATM invoke the thunder of the gods in their rookie release, which lays the sonic harmonies on thick with an uninhibited grandeur that recalls the mighty fairs of Pink Floyd and King Crimson without coming off as a throwback in the least. The big problem that I and a lot of my fellow music journalists have had with modern rock bands has been their collective lack of ferocity in the 2010s. The reason why classic rock radio has consistently brought in more listeners than anything the contemporary stations play is all too telling of this generation’s carnal desire for big riffs and uncompromising percussion, and PATM clearly took this into consideration when designing their opus. Canyon Diablo wasn’t crafted for the wallflowers nor the novice audiophiles among us; it was made exclusively for rock aficionados who are desperate for something real and larger than life in an otherwise stagnant chapter in the storied history of popular music.

There’s no self-absorbed lyricism or silly hook-driven material to be heard in Canyon Diablo. There is however a sterling treasure chest of erratically constructed rock that takes bits and pieces from shoegaze, psychedelia and dream pop equally. Nothing about this record is one sided; for every mammoth riff there’s an acoustic breakdown to complement it, and even when it feels like the band is lumbering towards formless destruction they always manage to reel themselves in and establish a sense of stability that would be otherwise absent in a similarly stylized group’s sound. I must have listened to Canyon Diablo at least five times in the last 24 hours trying to formulate how I would approach this review, as I found that its songs can be interpreted a variety of ways depending on the context in which they’re played. It’s hard to tire of this album or the enigmatic narrative that lies behind its majesty.

In the spirit of their prog ancestors who paved the way for Canyon Diablo one operatic release at a time, Patiently Awaiting the Meteorite are continuing the tradition of creating mind-bending art rock that willfully breaks the rules in the pursuit of yielding a more divine style of music. They’re actually doing a lot to bring this subgenre back to the forefront of pop culture, as since its debut their brand profile has risen out of relative obscurity much faster than even PATM could have anticipated. They’re going places fast, and it wouldn’t shock me in the least if by this time next year they’re on tour in support of an even more accomplished sequel to Canyon Diablo, which I myself am eagerly awaiting the opportunity to hear. Keep a close eye on this trio of unbelievably skilled rock n’ roll stewards – they have everything that it takes to go all the way to the top.

User Rating: Be the first one !
Share
Previous Deep in the Water LP by Gary Douglas Band
Next Don Babylon release Foul!