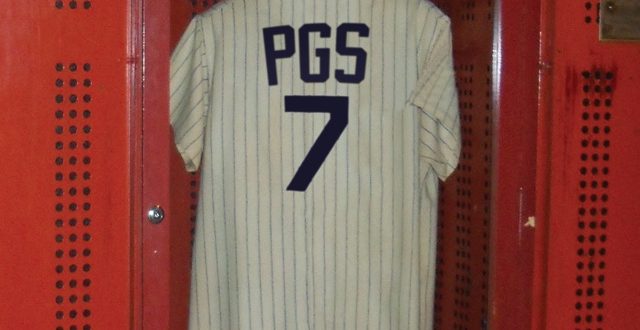 Galloping out of the ashy remains of “Torpedo of Love,” Robert Miller’s bubbly bass sparks our attention as “I Don’t Know Why” comes roaring into existence in the eleventh track of Project Grand Slam’s PGS 7. The four-string ferocity is a beast to say the least, although it doesn’t stand a chance at capturing the lion’s share of our affection in this song once Ziarra Washington starts singing. Washington comes into her own and shines like the superstar she was always meant to be in PGS 7, and with her six bandmates, issues an album worthy of all its buzz.

Tristan Clark, the primary guitarist in Project Grand Slam, weaves a surreal fabric for us in “Get Out,” “Redemption Road” and the pendulous funker “Python” that is, in some spots, even more evocative than the words are in “At Midnight” or “Yeah Yeah.” Everyone is pulling their weight in this record, and though this is Robert Miller’s band through and through, there’s no question that its charisma is a product of all seven players working in unison inside the studio (as well as on stage – see the album Greetings from Serbia for further details on that).

Nothing can challenge Miller’s basslines for supremacy in the songs “Take Me,” “I Don’t Know Why,” “Torpedo of Love” and, of course, “Funk Latino.” His style of play is similar to that of his guitarists in that he’s always trying to colorize the notes in a vibrato that extends into the harmonies that they’re cultivating. No matter the speed, the sway or the subtle ridges in the grooves that drummer Joel E. Mateo is banging out, Miller is there to counterattack with his own strain of pop perfection that, from where I sit, rivals the work of the best bassists in his scene and abroad.

The chemistry here is undisputedly natural, and that’s easy to see in sprawling songs like “No One’s Fool,” “At Midnight,” “Yeah Yeah,” and “Torpedo of Love,” all of which have a sonic subtext that speaks volumes about how close-knit a group Project Grand Slam have become over the years. There’s never a hesitation, never a hiccup or a sudden shift in gears in PGS 7; it’s just a symphony of soul from one track to the next, and more often than not, it feels like we’re sitting front row at an intimate club performance instead of listening to these songs through humble headphones or lonesome in-house speakers.

Whether it’s harmonious jazz virtuosity or velvety soft melodicism that you’re looking for, Project Grand Slam’s PGS 7 has got you covered this season with thirteen single-style songs that each bear a different element within the band’s multidimensional sonic profile. I’ve heard a lot of good music this year, but few records have had the impact on me that this one does every time I stick it in my car stereo or leave it to play-through on a rainy afternoon at home. It’s an album that was designed to suit all occasions, and though it’s an LP that tends to consume more of our attention than others being released this spring will, it is in no way a halfhearted study in pop theatrics.