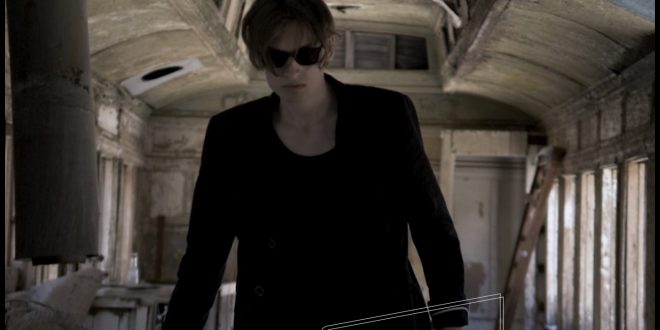 “From a third-person view, you got your friends in the moon, each one looking at you / What’s the matter, why you closing your eyes? What a pointless disguise, only think that you hide,” Trevor Drury sings in his signature honeysweet voice, his vocal peppering a sophisticated piano-driven melody that is as riddled with emotion as his words are. He’s going deep in these verses, but he’ll only get deeper as his new single “Head on the Tracks” presses on and spellbinds us with its sharp sonic strength and polished poetic prose. It’s a storm of tonality coming at us at full speed, but that’s exactly what this articulate artist has built his reputation on.

The lyrics aren’t the only intimate element to behold in “Head on the Tracks,” and that’s putting it quite mildly. The bassline that shadows the piano is loaded with low-end grit, but it’s kept at a distance by a hollow-point percussion that will echo into the ethers like a solemn bell at a funeral. There’s an elegiac undertone to everything that the instrumentation is conveying to us beneath the surface of the vocal track’s domineering presence, but Drury isn’t allowing for it to washout the bigger statement that he’s trying to impart to us here.

From the moment that they first enter the fold, the drums are framing the vocal melodies perfectly and giving us the substance-laden structure that saves “Head on the Tracks” from devolving into a straight-up postmodern elegy. The piano, the vocals, even the bassline are surreal staples in the design of the tempo, but it’s the percussion that breathes life into the rhythm of the song and nothing else. It’s a shame that more pop singers don’t put the effort into making a full-bodied single like Trevor Drury does, but that’s exactly what makes his releases the sparkling gems that they always are.

I was expecting to be wowed by anything that Drury turned out from his new studio sessions in 2019, but he keeps surprising me with the level of emotion that he sews into every one of his songs, “Head on the Tracks” being the most recent of his accomplishments. He’s got a strain of talent that just can’t be taught in any school or practiced into existence, no matter how dedicated the musician may or may not be. His is a natural ability that is being utilized handsomely in this single, and most likely anything he shares with us in the future.

Fans of sublimely efficient pop and emotionally-charged vocal music who have been searching for that ultimate addition to their spring playlist needn’t look any further than the studded grooves that “Head on the Tracks” sports with pride. Trevor Drury continues to shine like the immaculate diamond in the rough that he is here, and gives critics who would have the gall to question his legitimacy a plethora of reasons to believe in his brand. 2019 is going to be a big year for the indie pop world, and you’d better believe that Drury is coming into it ready to showcase his most charming attributes.