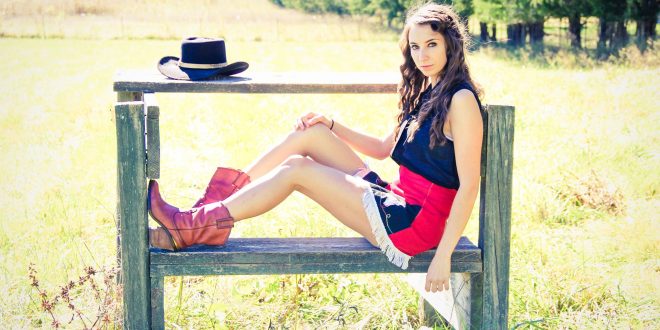 Lap steel guitars poetically make merry with a jittery percussive track in “Rhinestones.” The electric grooves peppering the otherwise plaintive rhythm seem to sweep us clean off of our feet, much like the gilded strumming that adorns the opening bars of “Rodeo” does every time we give it a spin. The melodies are as tall as big city buildings, but the harmonies are as light and heavenly as something out of an uncorrupted patch of green somewhere in the American Midwest. A slight rhythmic jolt sparks up a neon electric guitar in “Countryside,” and like its title implies, the tempo of the track is structured as to allow us as much one on one time with the ambient glow of the drums, guitars and vocals as possible. A dark dirge is brightened up by a wistful pastoral poetry in “Shot in the Dark,” and even in the calculated swing of “Playboy,” there’s nothing in this world that could distract us from the pointed crooning of Charlie Marie in this song and all four that join it on her new self-titled EP.

“Playboy” sports a really playful vibe that stands in strong contrast with the stoic delivery that we hear in “Rodeo” and “Shot in the Dark,” but these differences between the tracks don’t make Charlie Marie feel like a fragmented offering from the burgeoning indie country singer. The duality in her style of attack is the main focal point of this EP, and I think that unlike her last record, it’s presented to us in such a way here that really makes me want to hear her explore it a little further in future recordings. She’s got a lot of versatility in her vocal in the songs “Countryside,” “Playboy” and the potent leadoff single “Rhinestones,” and I think that it would be criminal to let her awesome range as a singer go to waste because of scene politics that favor a more predictable sound than hers is. Charlie Marie has an alternative edge to her skillset that allows her to fit in with the ensuing Americana revival, but what makes her distinct from most of the artists in that movement is the fact that she isn’t tethered to a particularly old fashioned identity – actually, quite the contrary.

Mightily melodic and full of homespun harmonies that will be stuck in your head for hours after your first listen, Charlie Marie’s self-titled extended play is a tough act to follow this spring, and in a year that has left a lot of Nashville disciples like myself feeling less than satisfied, it’s a record that doesn’t have to try all that hard to make a big impression right out of the gate. The rhythm is a bit soft in some spots, and she takes a somewhat conservative approach to the microphone, but make no mistake about it – Charlie Marie is becoming her own artist with her own style that deserves to go without comparison to other performers in her emerging generation of singers and songwriters. She’s not at the top of her game yet, but she’s getting pretty close to it here.