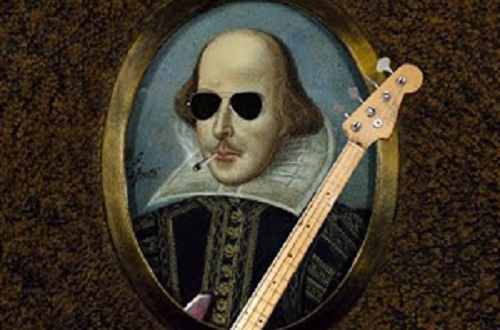 It seems like a lifetime ago when I first heard Project Grand Slam. It was the band’s single “Fire”, a stunning revamp of the iconic Hendrix track, and it immediately convinced me that bandleader, bassist, and composer Robert Miller inhabits the same landscape as those he covers. Project Grand Slam’s music is rife with the same fidelity to fundamentals distinguishing venerable tracks such as “Fire”.

The extended band, featuring up to eight members at one point, has gone on to experience tremendous success as both an in-demand live unit and important recording outfit. Their latest release The Shakespeare Concert documents, for posterity, a live album they should have made. Project Grand Slam performed at a benefit for Lenox, Massachusetts based Shakespeare & Co., an organization who aims to bring theatre education to young individuals using William Shakespeare’s plays as their vehicle.

The band reproduces their set from that show. There are no overdubs, no patching any mistakes – this is Project Grand Slam in all their live glory, only sans an audience. The lack of an appreciative crowd does affect the recording some and plops it down in a strange netherworld where it is neither a traditional studio or live release. It’s another marker of the band’s slightly iconoclastic nature. Few other music projects would dare push Project Grand Slam’s style and fewer still are successful doing so.

“I’m Falling Off of the World” begins the release in a rollicking and go-for-broke mood. The full band sound Project Grand Slam achieves is even more remarkable thanks to the outstanding instrumental separation in the mix. The opener allows each player to deliver clear and physically engaging performances; “I’m Falling Off of the World” is one of the album’s best. “Take Me”, the album’s third track, is another cut with enormous immediate appeal and provides them with a forum to do what they do best.

The jazz influences prevalent throughout “Take Me” are rounded off by Marilyn Castillo’s vocals. It has a distinct urban feel to it and the arrangement likewise boasts a physicality few such modern compositions enjoy. Sax player Alex Blade Silver shines here with scintillating and often soulful horn contributions. Urban atmospherics return in the next song “Constable on Patrol”, but Project Grand Slam are careful to never reduce these moods to empty histrionics. The vocals and piano playing are crucial to this track’s success.

Miller and Castillo engage in a near-duet on the track “My Baby” and the rolling musicality of the song is another highlight of the release. Project Grand Slam are skilled at providing music that entertains while possessing genuine musical substance. Tracks such as “Lament” make this apparent as well, albeit in different fashion. The song has a decidedly blue mood without ever weighing listeners down with a despairing slog. Its title implies sadness, without question, but Project Grand Slam tempers its demeanor and gives it deeper sophistication than it might otherwise possess. The album closes with the typical Project Grand Slam finale. Their cover of Jimi Hendrix’s “Fire” helped enormously towards establishing the band has a musical force several years ago, but Miller and his bandmates continue to play the song as if it were new. It’s a fitting and rousing conclusion to a fully realized album.

User Rating: Be the first one !
Share
Previous Little Muddy “Chain Link” (LP)
Next Bob Dee with Petro “(I’m Not Your) Steppin’ Stone”