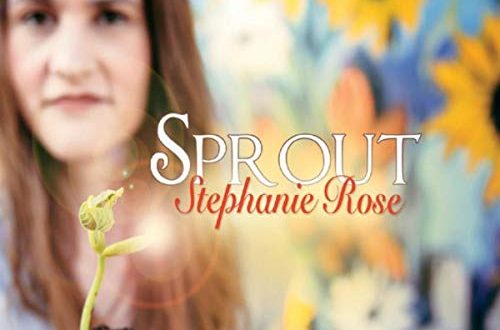 I loved Stephanie Rose’s Sprout from first listen. Rose has a lot of nuance, but she’s thankfully the sort of songwriter and singer who shows her cards from the start and doesn’t traffic in much, if any, artifice. The EP has an assuming sound on some songs, leaning heavily on traditional country and blues influences, but I appreciate how she mixes up that approach with a boisterous and radio friendly sound. Her commercial chops are sharp, but even a single listen to her lyrics will bear out Rose is cut from much different cloth than your garden variety modern country performer. Those lyrics are never forced; instead, Rose pens these songs with a surer hand than veteran songwriting talents bring to their own work. It’s a lot of fun to follow along and delight in the way she wraps up verses and strikes just the right note with each chorus.

The first number and title song “Spout” underlines those skills. It’s such a seemingly simple song but, with relaxed precision, Rose carves out home truths about our lives and affairs of the heart with startling ease. Her flair for expressing these particular sentiments reaches an apex of sorts with the chorus and it’s impressive how she makes generalities so specific for sympathetic listeners. It’s musically surprising. She puts in some effective horn playing without ever taking the song off course and throwback touches like organ fills add more to the stew.

I wasn’t quite prepared for the sudden change that comes with the song “Rusted Love”, but the change is more superficial than anything else. Despite the rock influence in the song and the way she contrasts light and shadow in the arrangement, it’s recognizably the same artist you hear with the EP’s first song. Rose comfortably navigates through the shifting musical focus and her band mates give the song an inexorable, rousing feel.

“Luxury” is likely my favorite song on Sprout. Rose has her eyes on commercial success, there’s no question, but “Luxury” is plenty of evidence she’ll get there pursuing her own muse rather than following other’s lead. It’s an intelligent, passionately felt ballad grounded in a reality you rarely hear reflected with such unsparing clarity. The song is a challenge for any singer but Rose is unabashed – she dives headlong into the lyric’s experience with a near testimonial tone to her voice – it’s a vocal aching with sympathy for its subjects. I appreciate the lighter tone of “Old Soul”, but her writing talent shines through with the song’s effortless turns line to line and the acoustic backing works well with her near buoyant delivery.

She definitely latches onto a blues groove with the finale “Same Old Same Old”, in no small part thanks to the harmonica, and finds a nice amble musically early in the performance. It’s a gentle way to end the EP, but Rose doesn’t coast as a writer – “Same Old Same Old” is a final example of how nicely she ties up any lyrical loose ends and regards life with a shrug, smile, and sigh. It’s the sort of long view you wouldn’t expect to find in a performer so young and never feels affected in any way – to put it bluntly, Rose means it. Sprout is

User Rating: Be the first one !
Share
Previous Ronnue drops “Something About U (The Retro-Funk Mix)”
Next Next Post