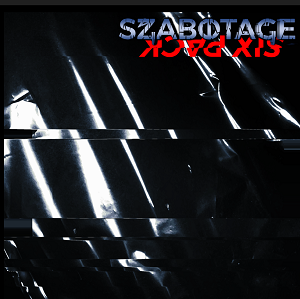 Vancouver, Canada-based quartet Szabotage is a newcomer to the rock landscape, founded in April 2020, but they’ve established a signature style and sound within a little more than two years. Szabotage emerged out of two distinct creative “parts” colliding to form a greater whole. Guitarist Victor Szabo and vocalist James Phillips started working on music together seventeen years ago as did bassist Mike Dykeman and drummer Grant Moynes. Szabo connected with Dykeman in early 2020, however, and the rhythm section three thousand miles away soon found themselves working alongside new creative partners. Friendship every bit as much as music strengthens their collaboration.

Their new release Six-Pack features six tracks packing more of a wallop than many modern full-length albums. Szabotage understands the benefits of dynamics and how to utilize them effectively, but applying those lessons is a selective process. The first song “Mistakes Were Made” forsakes any hint of artistic sleight of hand in favor of a punishing opener that sets a tone for everything after. It is a studio recording, of course, but even longtime guitar fans cannot help but be impressed by the warm, all-enveloping sound Szabo achieves.

“Channeling” is a pummeling experience. The band never jettisons musicality in favor of splitting listener’s skulls open with bludgeoning riffs, but they aren’t bashful about demonstrating their instrumental power. Listeners familiar with the modern hard rock and metal will hear plenty of time-tested tropes. It isn’t a wearisome experience, however. “Are We Machines” has several factors illustrating the stylistic differences separating Szabotage from many of their contemporaries. The subject matter stands out, of course, but it’s important to note that Szabotage is actually writing about a familiar theme in rock music, albeit with their own spin.

The EP’s fourth cut “Joyride” continues developing the accessibility heard in the third song. Accessibility, however, is a relative thing and there’s never any hint of the band diluting their sound. It’s diversification. Instead of hard-hitting and brisk riffs, Szabotage mixes their attack up and alternates it with lighter touches. Listeners get another shift, however, when the band reorients themselves into crushing metal mode for the track “Sinn Fein”. It’s Szabotage at their most unbridled and raucous, but it isn’t sound and fury signifying nothing.

The closer “Fremont” has a possible personal tilt missing from earlier songs to such a degree. It’s cut from the same cloth as the earlier “Joyride”, but Szabotage elaborates on the earlier song’s potential rather than rehashing it. Victor Szabo’s guitar leads much of the way over these six songs but there’s no doubting Moynes’ and Dykeman’s impact in the rhythm section. They provide an enormous and responsive foundation for the songs.

Phillips is a great vocalist but the way he’s framed on this album won’t be everyone’s cup of tea. Some listeners may wish the band would just let him sing, skipping the post-production effects, but they are arguably missing the point. Phillips’ delivery is well-suited to Six-Pack’s half-dozen songs and will help put them over the top for many. 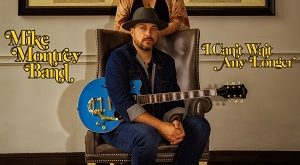 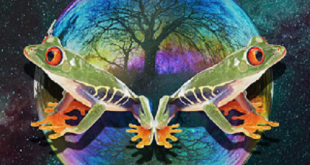