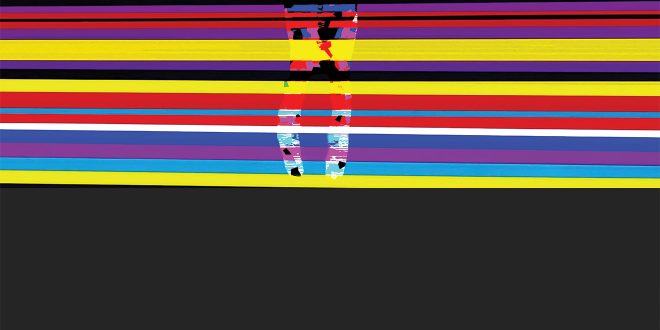 Terry Ohms’ Terryfirma boldly goes where few alternative rock albums are will to go anymore – beyond the limitations of contemporary pop and into uncharted sonic territory – in what is arguably the most robustly arranged collection of songs that 2019 has seen so far. Terryfirma isn’t your run of the mill indie rock record; in this album, Ohms angles a familiar framework with acerbic wit and an experimental, psychedelic-tinged production that puts a strong emphasis on the most subtle of details within the larger scope of his audiological profile. Songs like “Those Eyes,” the haunting “Mind Blow,” concise “Doubtin It” and stinging “Little Bit” have a slick, streamlined feel about them, but there’s never any question as to their authenticity or rip-roar tonality, which is flush from the moment we start off in this record to the second we meet its conclusion. Ohms wasn’t content to merely recycle the sound that won so many of us over with his previous releases in this latest affair. Instead of making safe bets, he goes out of his way to make this new album his most engaging yet – to masterfully wicked results.

There’s so many addictive grooves in this album that it can be hard to narrow down which ones really stood out to me over any of the others, but if pressed I would have to say that the Devo-esque “We Love You” and “Opportunity” probably stuck in my head the longest after initial, cursory listens of the record. “Opportunity,” much like “Peaks and Valleys,” is built on the strength of a reckless, fuzzy bassline that doesn’t seem to stay in one place once it gets heated up, and by the time we reach the song’s understated climax, it’s next to impossible to abstain from swinging in cadence with its viciously dark beats. “We Love You” is a bit more straightforward, exploiting the stylish nature of the master mix and putting Ohms’ lyrical attack at the forefront of our attentions. This song, along with “Bring All to Front,” struck me as being the most simply-structured songs on the whole of the LP, yet their indulgences make them feel shapeless; almost avant-garde, even.

One of the most exciting elements of Terryfirma is its outstanding mix, which is in my opinion just as alluring as the music itself is in many cases. As previously mentioned, while tracks like “We Love You,” “Bring All to Front,” “Those Eyes” and “Mind Blow” have conventional constructions that don’t drift too far off from the pop narrative, the way that they’re presented to us is so unbelievably surreal and indulgent that it completely changes our perception of their substance. In this sense, Ohms’ latest album is by far his most creatively stimulating, as not only do the songs themselves tend to stoke a reaction from listeners through their black and white composition, but also through the very means in which they’re delivered unto the audience. If that isn’t firing on all cylinders artistically, I truly don’t know what is. Terryfirma is a worthwhile release from a musician who clearly knows what he’s doing.

User Rating: Be the first one !
Share
Previous The Pixies live In Brooklyn – 20NOV18
Next Protovulcan takes on the raw abrasiveness of noise