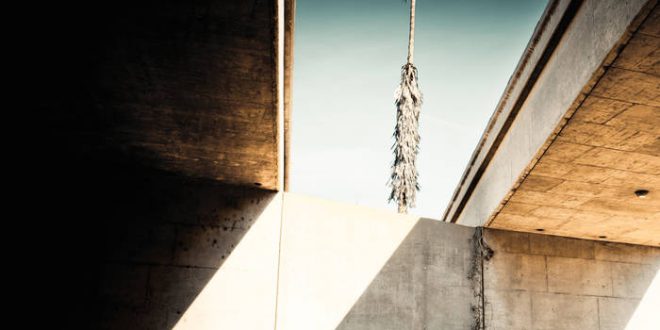 This is confident, strutting music not afraid to pursue its own ends and blissfully dismissive of any modern tradition. The Blackmail Seduction’s new release The Blackmail Seduction II doesn’t treat rock music like a butterfly pinned under glass however; instead, the songs discussed here are among the most stunning re-inventions of the style for modern audiences I’ve heard in more than a few years. The main movers in the band, seemingly, are songwriter/guitarist/singer Jess McClellan and guitarist Troy Hardy and their pairing fires salvo after musical salvo over the course of this EP. There’s more here than you get with a lot of much longer albums.

“Dead Girl” gets things off to a rousing start with its mix of indie guitar lines and sky high crescendos. The band obviously understands musical dynamics, manipulating and stringing together the song’s individual sections into a big-screen whole guaranteed to overwhelm listeners without exhausting them. It’s a gritty number, as well, a quality that serves the band well over the course of The Blackmail Seduction II. “Tell the World” is an example of that as the band changes things up from the more deliberate movement of the opener into a wide open rock number McClellan and Hardy’s guitars bring to a full on boil. It’s a volcanic number, unlike anything else on The Blackmail Seduction II, and topped off by a dominating vocal performance from McClellan exploring the full range of the song’s emotional possibilities.

Hardy and McClellan leaves more scorched earth in their wake with the playing on “High”, but the song does more commercial potential than anything we heard during the preceding song. There’s a lift in Blair Sinta’s drumming that keeps it from ever landing in too heavy-handed of a way and bassist Mike Mennell’s playing underlines that quite nicely. Piano emerges as a new instrument in the band’s arsenal with the blue-tinged “Visiting Hours” and the forlorn mood of the song gets redeemed, somewhat, by some of the changes that come along the way. I like McClellan’s vocal here better than anything else on The Blackmail Seduction II. “Some Things Are Forever” has multiple meanings that McClellan’s songwriting plays around with and the musical arrangement frames his writing with just the right amount of dramatics and melody.

We hear a little more of the band’s playfulness with the final song “Aloha”. It’s the shortest number on The Blackmail Seduction II and has some entertaining surf guitar driving it along, but there’s a surprising punk rock jump in the core of this song that gets you bobbing your head and, maybe, obscures another fine lyric from McClellan. No matter. It ends the release on a strong note, varied yet consistent with everything that’s come before, and seals the deal on this studio release ranking as one of the best collections of original music you can hear in 2018. The Blackmail Seduction deserve to travel far and wide on the back of this smart and musically rewarding release and I know I’ll be traveling with them from here out.

User Rating: Be the first one !
Share
Previous Jim Clements – A Failure
Next Sarah Parker