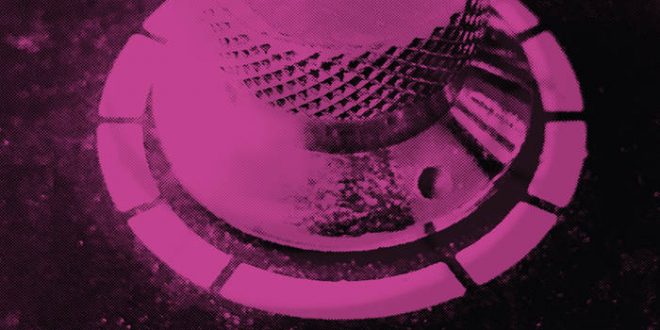 The Eyebrows, of Charlotte, NC, debut with – Volume, the first album to come out of the ashes of The Temperance League, which they feature two original members of in Jay Carrigan and Shawn Lynch. Volume is a high-quality produced record, with Mitch Easter, from REM, twiddling the knobs. There’s something about every track on it which gets under your skin and doesn’t leave. The songs all have something substantial about them, from the songwriting to the instrumentation and singing. There’s just something right about it in a time when albums haven’t been making the impact they used to.

Singles and EP’s have been dominating the marketplace lately and when a full-length album is done right, you know you’re getting your money’s worth. This, however is like an album chock-full of singles without a flaw to be heard in any of them. It has a familiar ring to it that sticks like an earworm and never wears off. “Red Dress” sounds like something the Gin Blossoms would do, and that is a good thing because it sets the standard for the rest of the album to remind of the goodness of the past, when music cut like a knife compared to how it resonates now.

“Not The Same” has fantastic keyboards and it’s even an overall improvement on the former without surpassing it, making the two rock in unison just right. Then they slapright  back with “It Comes Down Hard” and it sounds almost like some of the pioneer punks with a contemporary twist earning it a spotlight feature of the record. “I Feel Unloved” is a bit of a slower track but still has its place on the album with some great guitar work and a consistent vocal throughout.

“Avocado” is the magnum opus of this release without a doubt, but it also might be the sleeper track because it takes getting more used to at first. It’s kind of like when Devo came on the scene and I didn’t know what to think, then I wound up loving them. A real madcap of a song. This track has an effect not unlike that did in the early 80’s. But these are veteran players who didn’t come out of nowhere, so, The Eyebrows should go far with each release, especially if they continue to write songs as outstanding as this where they let it all hang out and get away with it for miles on end.

“Suicide Love” is one of several tracks that remind of their influences and keep you drawn into their vintage sound without losing you on the old school values they’re pushing. This track is as good as any track it’s surrounded by, so it doesn’t matter where it comes into the track list because of its airplay potential. And don’t miss the assortment of other great tunes including “She Can’t Stand Me” and the majesty of the closing track “Tonight’s Your Night” because you won’t be anything but enormously please if you like rock, pop and soul music done with the integrity of the past, the awareness of the present and the hope of the future.

User Rating: Be the first one !
Share
Previous Lord & Lady release “The Lift”
Next Streaking in Tongues release LP