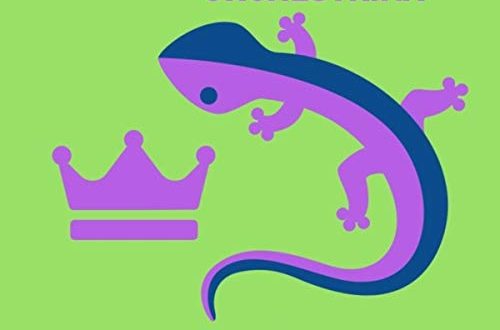 Ryan Shivdasani is a bit of a musical magpie or polymath, take your pick. His band The Merrymaker’s Orchestrina canvassed a vast array of styles on their first studio release Act 3; experimentation isn’t so much of an anomaly, but pulling it off such artistic dexterity without fail definitely sets Shivdasani apart from his contemporaries and peers. He’s just as comfortable as taking on a slightly skewed slice of artsy alt-rock as some retro powered guitar piece openly embracing nostalgic styles yet giving them an individualistic twist that gives them relevancy for modern minded audiences. Shivdasani has opted to follow that release up with the fourteen song release Little King and the Salamander – it’s a seeming mishmash of outtakes and alternate versions of songs included on the aforementioned debut. Even a cursory listen, however, reveals that Shivdasani has arranged even an apparent archival collection in such a way it constitutes a genuine follow up to Act 3 rather than a throwaway release.

Few things can make a stronger argument for this than the running order of the album’s opening trio of songs. “Hey Everybody”, the album’s opener, has a palpable Hendrix-like vibe without going overboard with needless histrionic lead guitar theatrics. It’s a largely instrumental number, a fairly bold move for kicking off any full length release, but it has a deep groove and gains added luster when measured against the two tracks following it. “What Fools We Can Be” has a spot on weepy vocal from Shivdasani, never going over the edge with heavy handed nonsense, and the mix of acoustic and electric guitar has a slightly disjointed, dissonant quality that keeps you slightly unsettled for the song’s duration. The band’s namesake song, “The Merrymaker’s Orchestrina” has a whacked out jazz lilt, slightly hallucinatory, and woozy symbol heavy lyrics Shivdasani delivers with entertaining earnestness – the wordplay is delightful, if slightly incompressible. It reminds me of Beat poetry gone slightly mad.

“White Light and Lullabies” has a cinematic fatalism accentuated by the “distant” production and spectral vocal harmonies. The drumming is another key to the song’s musical success and lends added impetus to the lyrics. Shivdasani’s writing talents are far more than musical – the words for these tracks, like Act 3, are far more than ornamental afterthoughts. Stripped back in comparison to its counterpart on Act 3, “Particle Craze” is a highlight on Little King and the Salamander as well thanks to the relaxed focus. Shivdasani’s singing has a stronger spotlight on it with this version and, once again, helps Shivdasani’s lyrics stand out. His ability to sweeten otherwise bittersweet reflection finds optimal expression with the number “She’ll Do Anything” and much of that temperate approach is thanks to Shivdasani’s decision to cast the song in an acoustic guitar centered attack.

The avant garde poetry of the earlier song “The Merrymaker’s Orchestrina” careens over the edge with “Jeepers Creepers”, a thoroughly theatrical piece that Shivdasani performs with bold, imaginative relish. He has a more declamatory vocal style for this track and it helps get over another example of his pyrotechnic lyrical talents. The album’s closer “I Have Always Been Here” has some striking vocal harmonies during its chorus, opening and closing the song with those contributions, and the body of the track churns with low key but consistent musical energy. The post production effects laid over Shivdasani’s voice are never too much and recur on earlier tunes, but they do help give a little extra dramatic bite to the words. It’s an appropriate finale for an album obeying no set path, no rules, and ransacking popular music for whatever it can make its own. Few projects like The Merrymaker’s Orchestrina, independent or otherwise, have come along in recent memory and Ryan Shivdasani’s creativity, in full flower on Little King and the Salamander, shows no signs of slowing down.