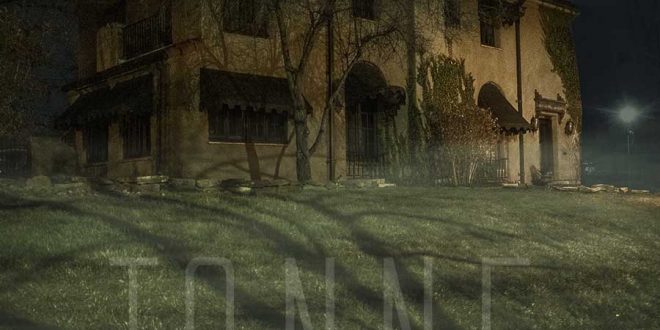 In a powerful stomping beat as potent as any I’ve heard this year, Tonne’s new EP Bridey Murphy kicks into gear with its opening cut, “Jesus, Julie Christie!,” and instantly fills the air around us with a textured, riff-driven melody that could make anyone into an indie rock fan. The rolling percussion in the background draws us in with its hypnotic sway, but as enticing an element as this is, it’s the interplay between the vocal and the guitar parts that tends to capture the lion’s share of our attention in this particular song. “Jesus, Julie Christie!” is definitely one of the most sublimely surreal compositions to behold on Bridey Murphy, but if you think that it’s the only treasure in this record from Jay Tonne’s unfolding eponymous project, you’re in for quite the surprise.

“Perfect Dream,” the second song in the record, begins with a sweeping drum pattern that will slowly blossom into a groove-making machine over the course of the track’s four and a half minutes of play, but like its tracklist predecessor, percussive pulsations are only one piece of its sonic puzzle. The biggest allure here is the brain-melting harmony that Tonne conjures up with the string section, bringing to mind Josh Homme in the song’s anti-climactic fever pitch without leaning too heavily on the stoner rock model set forth by the California icon well over two decades ago. This track is best described as an exercise in distortion and melodic decadence, which are two elements that scarcely find common ground in modern rock (for reasons unknown to most of us).

“Catalina” rises from the ashes of “Perfect Dream” and doesn’t dillydally when it comes to immediately embracing us with a warm guitar tonality that lends enormous authenticity to the lyrics Tonne will sing to us. It’s not quite the powerhouse juggernaut that “Jesus, Julie Christie!” is, but this song is probably one of the most well-arranged piece of material that Jay Tonne has stuck his name on since first hitting the Austin scene almost ten years ago. He’s back home in Denver now, where indie rock has been finding yet another life amidst this emerging era in the genre’s long and storied history, but judging from the caliber of this new content, he brought all of the lessons he learned down in Texas with him.

Bridey Murphy finishes up with a slab of post-punk swing in the form of “The Great Game,” and while this last track isn’t nearly as sonically assaultive as the others here are, I think that it brings us full-circle in a brilliantly humble tone. Tonne is starting something new with the release of this EP, and though it’s still a little early to tell how far he’ll go with his current sound, I for one think he’s got quite a future ahead of him. I love what I’m hearing on Bridey Murphy, and it would greatly surprise me if I were the only indie rock aficionado who is feeling as much this early spring.

User Rating: Be the first one !
Share
Previous Greye’s new single-video “Lucky”
Next Reach Out (LP) by Envisage Collective