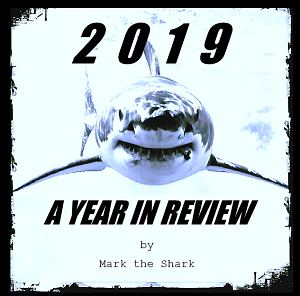 2019 was a landmark year for independent music on multiple fronts, and while there have been no shortage of intriguing trends to follow in the last twelve months, certain movements – surreal pop, the reprisal of melodic hip-hop and self-aware country music among them – were simply impossible to ignore. As the 2010s began to wind down, we collectively witnessed the death of modern rap as we’d come to know it, and in its place the rise of a cloud-powered independent scene that knew no geographical boundaries at all whatsoever. We listened on as pop experimented with the postmodernity of a burgeoning electronic underground while country followed a similar path in embracing alternative folk themes previously too left-field for Nashville to even consider, much less regard as its own. Indeed, it was a truly fitting capper to a boldly colorful decade in music, and as I learned firsthand, its champions came into the year ready to make a perfect soundtrack.

As most are already aware by now, Seattle crooner Ronnue was the runaway winner of the Album of the Year award for his smoldering R&B hybrid Introduction 2 Retro-Funk, and one needn’t have much more than a cursory listening session with its tracklist to understand why. In true 2010s fashion, Ronnue melds so many styles together in his latest LP that it’s often difficult to find the right terms to categorize it, but through all of the diverse melodies it offers, all are bound by raw, uncut emotion. Sexuality, introspection, the release of inhibitions; this guy covers it all with little more than a groove and a sweeping harmony, and that just couldn’t be said about any other artist caught in the Shark’s net this year. It was a pleasure to personally present the trophy to him this past December, and my gut tells me that it won’t be the last piece of hardware he puts on his mantle.

That said, there were a handful of serious heavyweights that made a noteworthy play for the AOTY crown we also have to acknowledge. Derrick Davis’ unstoppably melodic Anti-Social was a major contender throughout the year, as it found its way back onto the staff’s playlists time and time again on the strength of swinging R&B jams like “All I Need to Know,” “Best I Can” and the unforgettable power ballad “End of Days.” By far the best EP I heard all year was speakea5y’s Circles, a darkly emotional offering from an artist with more talent than a studio can hold; from the opening cut of “Apollo” to the breathtaking instrumental “Luna,” I find myself on the edge of my seat, constantly waiting to hear whatever twisted beat is going to come oozing out of the speakers next, every time I press play.

On the pop music end, Shelita’s self-titled debut was another rookie release that was in heavy rotation around the Indieshark offices from the moment it dropped up until New Year’s Eve, when “Penetrate!” and “Libations!” both helped to ring in the New Year for this critic and his friends. Country fans were likely doing the same with W.C. Beck’s First Flight as well, as it was undisputedly the most potent dose of Americana that came out of any independent recording session I had the chance to listen in on.

2019 had plenty of breakthrough moments for both established vets in the underground and newcomers alike, and for my money, the beats didn’t get much better than those I heard in Dan Rico’s smashing BA$ement P0p, an extended play featuring four divine tracks in “Scofflaw,” “Shi,” “Star*” and “Dream Vaca$ion” that no one could play just once. Nya, a vocalist who has been active for a couple of years now, turned heads with her acoustic EP Hold On, which included a reworking of the heart-stopping “Love You to Death” (a song which, in its original form, I’m not too embarrassed to say I’ve listened to every day of the winter season). Singer/songwriter fans couldn’t have asked for a better debut than they got in Melissa Ruth’s Meteor, and though the LP’s title track was by far my favorite of its collection, there were plenty of whiskey-soaked nights in front of the keyboard when the entire album acted as the bittersweet companion to writer’s block that I believe it was always meant to be. Echoes and Silence, an early frontrunner for AOTY and a watershed moment for its creators, ended up serving as the swan song for country duo Roses and Cigarettes, whose singer Jenny Pagliaro tragically lost her battle with cancer in April. Pagliaro forever left a mark on those who heard the absolutely spellbinding voice that was her own, and I don’t think I’ll ever forget hearing the music she made with Roses and Cigarettes for the very first time just a couple of short years ago.

As far as standalone releases go, 2019 didn’t disappoint us in the slightest. Collaborations between Gold Light + Snakemusk in the album Shadows in the Shallows as well as a game-changing single in  “Hungover You” from Hazey Eyes and Moli were required listening no matter who you asked around here, while Noiire’s compellingly artistic music video for the ironically-titled “taste ($$$)” put its competition in the dust the minute it played on our big screen. If we gave out a ‘Best Comeback’ award this year, it would go to the band A Picture Made (more commonly stylized as a picture made) without a doubt, as their long-awaited LP Heal ended up being the alternative pop/rock awakening that we never knew we needed.

With 2019 in the rearview mirror and 2020 now upon us, there are plenty of reasons to be excited about the year that lies ahead for the international music underground. At the top of my watch-list, aside from the aforementioned players of course, is the soulful Latin singer Labán, explosive pop temptress Heather Fay, R&B groove-maker Sherman de Vries, and young vocal sensation Szandra Mayer, all of whom released remarkable music in 2019 that we’re still listening to this January.

Where there’s blood in the water, us sharks tend to show up, and if this year is anything like the last one was, there are going to a be a lot of thrilling beats just waiting to be discovered left of the dial. Stay tuned!