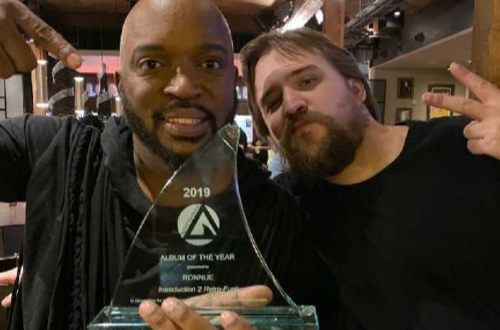 Living up to its title and then some, Ronnue’s epic LP Introduction 2 Retro-Funk was a runaway candidate for Indieshark’s Album of the Year Award right out of the gate, combining a plethora of influences from across the pop music spectrum to form a uniquely melodic effort from a one of a kind artist. Based out of Seattle (and developing a presence in the Atlanta scene as well), Ronnue came out of the woodwork in 2019 to deliver a breakthrough single in January with “Something About U (The Retro-Funk Mix)” that immediately caught the attention of critics – myself included – before unleashing Introduction 2 Retro-Funk later on in the year to near-universal acclaim from the American underground.

To be clear to the music of RONNUE is not Hip Hop or Rap. RONNUE brings to the table many amazing elements of music popular in the 80’s and 90’s fused with a unique modern retro groove. His seductive style of singing, coupled with provocatively-textured instrumentation and intriguing collaborations with the charismatic Figuz and Soultry, makes every track on the record a must-listen, and while the throwback-inspired nature of the LP’s most sensational beats is undeniable even to the novice ear, there’s scarcely a moment in the tracklist where the music doesn’t feel totally and completely original. A watershed moment for its creator, this 5-star album is indeed a staple of the 2019 indie experience and a powerful sneak preview into the future of a brilliantly talented singer and songwriter.

Read my original review posted back in July 2019: https://indieshark.com/awards/pick-of-the-week/ronnue-releases-full-length-studio-album-introduction-2-retro-funk/

Once again congratulations to RONNUE for having the courage to remain true to himself as a “total package” singer/songwriter/entertainer. #Ronnuealbumoftheyear2019

Share
Previous Jon Gonzalez
Next 2019 – A YEAR IN REVIEW