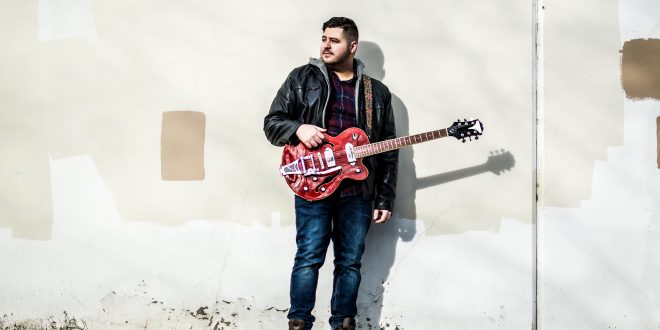 Generally, I play a lot of acoustic singer songwriter style music. This song has more of an indie pop feel, with orchestration to round out the piano and vocals, and give it more of a dynamic feel

I want fans to feel an emotional connection to my music, I think writing and performing something that has an emotional influence on people is the reason for music in general, and when I write, I put a lot of emotion into my music.

There is a lot of talent here in Bremerton, I’ve met some amazing musicians and have had a lot of opportunities to play in several different venues.

Coheed and Cambria in Philadelphia, the energy they give off when performing was reflected in the crowd. When I play live, I enjoy the ability to share my creations with people, and have met some great friends through performing.

My single release, Holding On, which will be available January 24th is my first song that I have recorded and professionally mixed and mastered. It will forever hold a spot in my heart as my first release and as a song I have strong feelings for, because of what inspired it.

I just started recording my own music in August, and started performing in August, it’s been a new path for me that I am excited to continue down. I’ve spent years trying to improve my musical abilities, practicing everyday, in hopes to create music both myself and other people can enjoy

Dallas Green from City and Colour. I have drawn so much inspiration from his music and hope to create the same effect with my music that he has done for so many people.

I’m going to continue practicing, performing and writing where I can. I plan on releasing a few more singles in 2020 prior to releasing a full album.