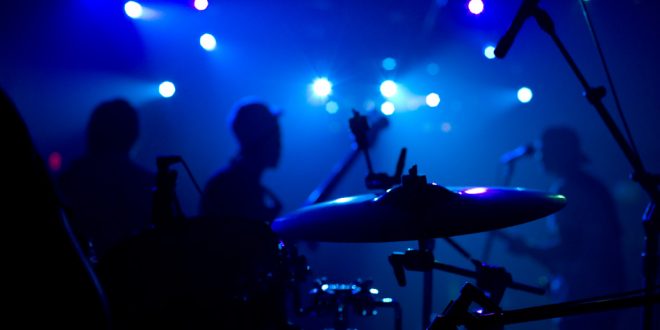 Being in a band and playing for fun is great if you have no aspirations for quitting your day job. But if the dream is to make a living in the music industry, you need to be play live period! Attacking the local live circuit is a great place to start. In this day of Digital Music professional artists are even more reliant on live exposure for income. It’s also a great place to test the waters. If the public likes you, you’re in; if they boo you off the stage, rethinking your music might be a good idea. This is why it’s good to try a few small. low profile gigs first to not only prepare for bigger more important ones ones, but to see what kind of response you get from a few patrons first.

The ideal response to the public display of your music is to develop a following like we’ve mentioned. A significant following is the first critical step in proving you are a contender in the “music industry.” Another reason to get your band onstage is so you can play songs “for real” and desensitize the stage fright effect. Playing in front of a bunch of stone face drunks is not the same as your bedroom mirror. The audience adds an intensity level that a practice session will never be able to replicate. The energy level that builds when doing a live set is impossible to describe. If you want to play in public as a stepping stone to a serious music career, you should be getting paid for it, and I’m not talking about the street corner. If you are unknown getting a good paying gig will be tough at first. Basically it’s like someone giving you a good job with no resume. Before we get hot and heavy into the topic of live exposure, assuming you have a good demo in hand, let’s lets first examine a few realities that exist within the Local Club Circuit.

–        That someone has to listen to the CD, like what he/she hears and imagine that the music will draw a crowd.

–        That someone has to make a decision to book you and sign a contract with you.

–        You are a risk, and no legitimate club owner wants a crappy band to make him and his establishment look like a joked

–        If no one comes to listen or if the audience leaves unhappy, you probably won’t get an invite back.