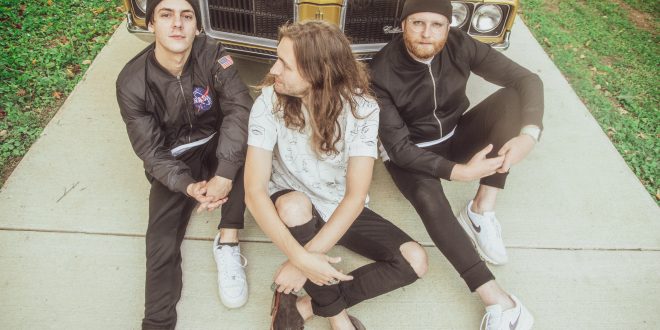 Hi Born Animal! We are so excited about your new Single ‘Last of Your Kind’ and for everyone to hear the powerful song! Please tell us more about what went behind the creation of it?

Ryan: This song was actually written over a year ago. Stephen and I wrote the riff in our kitchen one afternoon and demoed it a few days later. I didn’t have any lyrics in mind, but after listening to the demo on repeat, all the words just fell out of me in just a few minutes. No edits were made from that first version and that’s what you hear on the recording. I can’t say that about any of our other songs. When the pandemic rolled around, we knew we had to spend some time on this song, even though it’s sonically different from our previous releases. The message was so appropriate for what we’ve been going through as individuals and as a country. We took a lot of risks and broke a lot of the rules we normally play by. We included more variety in the instrumentation and collaborated with other artists. Having the rap feature by MULU (Uniontown, PA) was really just the icing on the cake. If you had told me six months ago that one of our songs would have a rap feature, I probably would’ve laughed in your face.

How do you start your day?

Ryan: Coffee, coffee, coffee, coffee. I don’t think I could make it through the day without it. It’s part of my morning ritual. Oh and also NPR. I turn it on every morning while brushing my teeth and it stays on until I get to work.

Stephen: COFFEE. I drink Cold Brew and as I say “I want it as black and bitter as my soul” haha. I actually love getting up early now, although I’m sure a younger version of myself would be appalled at the idea. I like to get up with enough time to play some bass, listen to music, and take my time getting ready so that I can start my day off on a good note.

Adam: In contrast to Ryan I often listen to NPR classical music to bed and wake up listening to the talk radio in the morning. I usually shower and brew a cup of coffee in my Chemex with some Stay Golden or Crema beans  to get me up and going.

When do you feel most creative?

Ryan: I feel most creative right when I’m supposed to be focusing on something else haha It’s like when you’re in the middle of working on a song, and you start goofing off playing something else. Next thing you know, you’ve been jamming a new idea for 30 minutes when you should’ve been tracking for your current project. But sometimes that’s how the best things are created, those brief moments of whimsical inspiration.

Stephen: I don’t know that there’s any one time I’m more creative, I just have to get myself started. A lot of times for me, an idea comes from noodling with cool synth sounds or just playing silly things on the bass. It starts off with you just letting notes spill out of you, and eventually you hear something you really like. Once I get a bass line or chord structure down, I just go nuts with a million ideas. From there, you can always trim the fat and get rid of any unnecessary parts, but I love just letting everything spill out and get recorded first.

Adam: It’s usually with several people I trust to share and work with creatively or in my personal space when I am brainstorming. I’d say that feeling creative is something you can make more habitual by setting time aside ahead of time and committing to work on certain creative endeavors during that period. Of course that is not always the case and sometimes creativity comes out of nowhere!

One thing most people would be surprised to learn about you!

Ryan: Ok hot take. I think Nickelback is pretty awesome. Go ahead and make fun of me, it’s fine. But they have some serious bangers, that can’t be denied. I went to one of their concerts as a teenager and had the time of my life. Chad Kroger is actually a co-writer on all the Chris Daughtery songs, and those slap too. He’s a pretty brilliant songwriter, even if Nickelback is the epitome of commercialized grunge rock. It’s still fun to listen to, and sometimes all music needs to be is fun.

Stephen: Alright I’ll just come out and say it. I haven’t seen the Matrix. That’s right, I said it! I’m pretty sure it’s a crime in some places, and a lot of people don’t even believe me. When I tell them they look at me like I killed Santa, but I just never got around to it! I’m bad at watching movies because I’m so ADD so I don’t watch very many movies anyway, but it’s on the list I swear!!

Adam: I have not had my wisdom teeth removed! My dentist informed me that as long as they came into my mouth properly it would not affect my smile so they were never removed haha. So now you know I’m the wisest in the group, but everyone already knew that. Right?

Ryan: Podcasts. I honestly might listen to more podcasts than music these days. My personal favorite is hosted right here in East Nashville called Your Favorite Band Sucks. It’s incredibly mean spirited and makes fun of the greatest bands of all time. Their first episode is called “The Beatles Suck”, and that really sets the tone for the entire series. If you can’t take a joke about music you care about, then I don’t recommend it. But if you can handle some sass and brutal accusations, then it might be the perfect thing for you.

Stephen: I’ve actually been really into Retrowave/Outrun and some Vaporwave music (although that is less current). There’s something so interesting to me about music that is trying to capture a specific vibe, a specific feeling in a moment, and yet there are so many interpretations on those ideas by so many different artists. Retrowave and Vaporwave have pretty solid definitions and are trying to capture a feeling of nostalgia, especially Vaporwave. Musicians are innovating these genres that are based on the sounds of the past, which just blows my mind.

Adam: Anime. There is no doubt that anime has become a huge passion of mine. After a friend convinced me to watch a show called, “My Hero Academia” my love for anime was set into motion. Since September of 2019 I have watched so many amazing anime and I am even caught up on “One Piece.” That is over 994 chapters and I’d roughly equate a chapter to a 24 minute TV episode. After all this time I can truly say that I believe manga and anime are, in western culture, a very underrated art form that can have amazing nuance, philosophy and depth to them. Among some of my favorites are “Code Geass”, “Neon Genesis Evangellion”, “Your Name”, “Hunter x Hunter”, “My Hero Academia” and “One Piece” is legitimately my favorite piece of fiction ever created. If you have not seen any anime or known what to watch now is as good a time to start as any. Maybe give “My Hero Academia” a try!

We want to keep up with you! Where can we see what you’re up to!