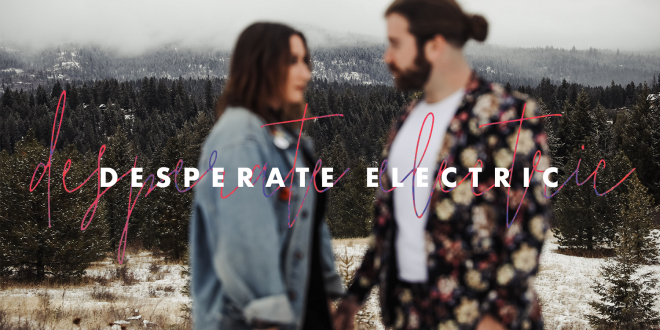 Thank you for your time! We would love to rapid fire learn more about you – let’s start with this: Describe yourself in 3 words?

Hmm.. first of all, I love that question but it feels really daunting right now! Let’s go with passionate, stubborn, and tenacious!

Who has made the biggest impact on your life so far, and why?

I think our biggest influences, and the people that have made the most impact on our lives have been each other. Learning to work together with someone, who you love, on a common dream and goal is a wild experience. I think we both know that we wouldn’t be nearly as far without the other–we’re a team and we really thrive together. I’m not sure either of us would be doing this if it weren’t for the other. The stars really aligned for us to meet, and start a relationship, then a band, and start touring and making this our life, but I don’t think any of it would have happened without the other person.

How did you get started in the business?

Ben and I (Kayti) had different beginnings in music, but pretty much started in the business together. Ben was in bands throughout high school and college and I sang classically. When we graduated in May 2017, I started a job in my degree field, which was not music but Interior Design, and Ben started a job booking talent and running live sound for a music venue in Bozeman, Montana, while still playing in his band. I joined that band about four months after graduating college, and a month later joined Ben working at the music venue. Six months later, we were starting our own band with the intent to tour full time. We had watched so many people come through the venue and we got really hungry for it. We worked our butts off to build a band and a brand and be able to hit the road and tour pretty much as soon as we could, which was October 2018. From there, we’ve progressed to doing this full time.

Who influenced you and why did you choose to make music?

Many people have influenced us! For Ben, it started with Jack Black and the School of Rock movie. He saw that at a young and impressionable age and it stuck. That was then fostered by people in his life..his friends and family that encouraged him growing up. As an adult, it became the people that we saw touring full time. Seeing different bands every week, on tour, doing what we want to do, really gets your butt in gear. For me, it was several great music teachers, and honestly, more than anyone, Ben. He’s always been my biggest cheerleader and wanted to make sure that I was making music too, because it’s something I’m so passionate about, and we’re so passionate about together. I don’t think you choose to make music, I think you have this internal ache that you need to make music. We have something to say and we want to share it with the world.

Tell us about your debut album “Still Not Giving You Up”

Still Not Giving You Up is the album we needed to make since we started this band. These songs tell the story of not only us, but of our journey through the last two years and every up and down along the way. Still Not Giving You Up is our story of perseverance through our relationship and our music and how those two things need each other to stay alive. We’re so excited that it’s out and we hope that people relate to these songs the same way we have.

Do you ever get nervous before a big release like this?

Definitely! You want people to love it, especially a big full length release like this. So, so, so much time, energy, planning, and money goes into a project like this–we started writing this album basically two years ago,  planning it for about a year and we recorded it back in December. It’s such a crazy long process, that it’s really amazing to get it out, but also nerve wracking!

What is your next goal as musicians?

We’re just going to keep releasing music! Touring is our full time job, and that’s in a holding pattern right now, because of Covid, so we’re just going to record and release as much music as we can, because for the first time ever we have the time. A lot of goals got placed on hold the minute the virus put a stop in the live music industry, so we’ve had to make some readjustments, similarly to everyone else in the industry. I think all we can do is look forward, put out music, and stay flexible with all the changes happening.

What is your favorite song to belt out in the car/for karaoke?

Hmm…. Mine (Kayti’s) is Pony by Ginuwine and Ben’s is Higher by Creed… if you’re not doing karaoke as a half comedy routine you’re doing it wrong!

Where can we get our hands on the new album and connect with you online?