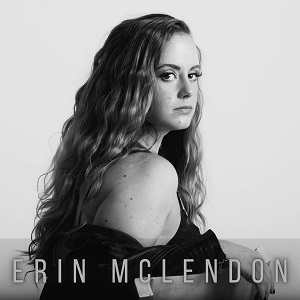 So excited to talk more with the talented Erin McLendon. We love your voice! You have a new album on the way. How are you feeling about it? Excited? Nervous? Both?

Thank you! I’m a combination of emotions, honestly! Ha! A lot of these songs have been with me for a long time. To me, releasing an album is all about the right songs at the right time and I’m so happy these ones finally get to have their “moment!” It’s always nerve-wracking as a songwriter to release something you created out in to the world and hope that the rest of the general population feels the same way about it as you do but, it’s also thrilling, too!

What can fans expect to hear when the album comes out?

This may sound like an oxymoron but, this sound has a lot more “gritty-vulnerability” to it. All the songs I wrote are based on true stories (including the first single from this album, “Millie”) and experiences that I hope others can appreciate. In general, I’m pretty sarcastic so that tends to reflect itself in my songs. When I wrote these songs at different points in my life, I decided to be honest about how I was feeling in the moment rather than try to sugar coat or exaggerate what was happening so, I tried to relay that in the production and instrumentation of the album. I think that’s the common thread throughout the whole project that brought these songs together!

How did you decide on the title of the album?

Seems a bit vain naming an album after yourself, right? Haha! In the past, I’ve worked with “teams” who had more of a say than I cared for in creating the album as a whole. Not only which songs went in but, how it should sound, how I should look, how the album should look, etc. It always bothered me that I didn’t entirely have “final say” on something I worked so hard to create. This is the first album I put together with my amazing producer, Stephen Leiweke, and said “OK, these are my favorites, let’s make them an album,” and that was that. So, it only felt right that when it came time to name the album, to make it my first self-titled project. It represents me, and the incredible people who have helped me as an independent artist, get to where I am.

I know it is probably hard to choose BUT what is your favorite song on the release coming up?

Oh, gosh. I’ve already released 3 of the songs so, I’m going to pick one of the others that hasn’t been released yet to give y’all something to look forward to! St. Lawrence, in my opinion, is one of the prettiest songs I’ve ever written. When I wrote it with my good friend, Jared Anderson, I had just returned from going to the St. Lawrence river for the first time with my then boyfriend, now husband. His family has a “camp” (house) up on the St. Lawrence river in upstate New York that was built by his grandfather. It’s been a family getaway for generations so, when you walk in, you can almost feel the memories. So, when Jared and I sat down to write, I told him about my experience up there, and the song started to write itself. One of Jared’s favorite artists is Jason Isbell so, that’s the “vibe” we went for and I’m really proud of how it turned out. So much so, I had my bandmates play an instrumental version of it during my wedding as I walked down the aisle!

Any plans to tour after your release?

Yes! I’ve actually already started the process! I just got back from doing a run of shows up in Ohio on Put-in Bay with my business partner, Caitie Thompson, which was SUPER fun! They know how to party up there, haha!

I’m originally from Durham, NC so, my friend Katie Basden (a fellow Durham-turned-Nashville native), and I are headed to The Blue Note Grill in Durham to do an album release show September 17th as a part of the Bull City Summit! I’m currently working on more dates in NC, Georgia, Tennessee, and Alabama through next year!

Tell us where to find your music and follow along on social media.