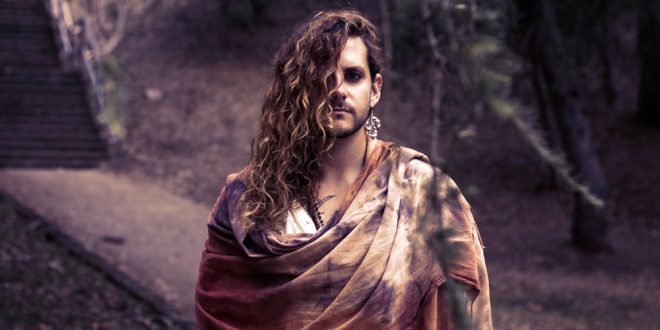 Mark and the Tiger

I’ve been trying to figure that myself! It’s sort of an amalgamation of pop, folk, rock, and soul.

Definitely Stevie Nicks, Florence and the Machine, and Grace Potter. Also folk artists like Dar Williams and Patty Griffin. All about the matriarchy over here!

I make music that makes me feel free and expresses the deepest parts of myself. I want my fans to feel the same way listening to it that I feel singing it, that they can be whoever they are and celebrate every part of themselves. Except murders….. no murderers.

I’m based out of LA so it’s pretty wicked! You can’t swing a bat without hitting at least 10 incredible artists or musicians.

Hands down it was my first Florence and the Machine Concert. I saw her at the Hollywood Bowl during her Ceremonials tour. That show made me want to pursue music full time! She was amazing!

There are a few for different reasons but currently I’m really in love with my song, Amandine. I wrote it about a woman I know. It’s become my “Rhiannon”. And the ending of the song was completely inspired by Fleetwood Mac’s 1977 live recording of “Rhiannon”.

I’ve really come into my own this year. Prior to this past year I didn’t trust myself as an artist. I was really unsure of my sound and my vision, and myself in general. Now I’ve done the work to know who I am and what I want, and I’ve gained a lot of experience to back it up.

Right now I’m all about Grace Potter. I think she is such a force of nature and wildly under-appreciated. That being said, I can’t tell you what I wouldn’t do to perform with Florence Welch of Florence and the Machine. I’ve written a duet for the two of us so, really, I HAVE to sing with her!

I have a new single, “Come to Mexico” that should be out by the time this interview is up (October 1st). You can check it out on all the usual platforms! I also recorded a few acoustic videos that should be out soon. One is of Amandine and the other is a new song called, “I Don’t Play Games”.

Otherwise, I’m just going to be out playing as much as I can so be on the lookout for me! I’ve got a gig coming up at the Whiskey a Go Go on January 3rd! It’s going to be quite an event with lots of other amazing artists. Put it on your calendar!