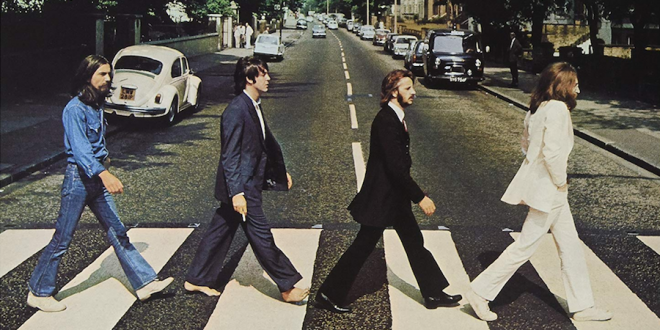 It may be hard to believe, but somehow The Beatles’ penultimate album, Abbey Road, came out five decades ago. To celebrate the classic record’s 50th anniversary, a newly mixed box set has been released. Stream it below via Apple Music and Spotify.

Listeners were given a small preview of Giles’ new approach in August with the George Harrison-penned tune, “Something”. The differences between this version and its 2009 remastering are subtle but substantial; the drums are crisp and tight, vocals sit close up as strings and organ bloom around the verses. And of course there’s Harrison’s beautiful guitar work, which feels even more intimate as he bends those solo notes.

As befitting such an iconic record, the 50th anniversary Abbey Road box set comes complete with bells and whistles. Options include vinyl and CDs packages ranging between one to four discs worth of material. The super deluxe set comes equipped with a Blu-ray featuring multiple mixes, along with a 100-page hardback book with a forward written by Paul McCartney. The book is also full of handwritten lyrics, essays, and unpublished photos from McCartney’s late wife, Linda. All the configurations can be found at The Beatles’ site, or via Amazon.