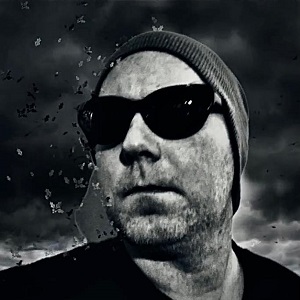 Music connects us all in defiance of human prejudice. Boundaries and musical genres are meant to be broken. We need to spend more time expressing the freedom of thought.

Small but connected and supportive.

When did you know you wanted to make an album revolving around Covis and related themes?

I had a lot of anger, questions, empathy and paranoia. I wanted to combine all those things and express them on a larger platform to reach people other then in my proximity.

I would have to say Primus was the best concert I’ve attended. Les Claypool in my opinion is the best bassist of several generations. The best part of playing live is when you perform a certain song that hooks the audience. At that moment you are all connected for several minutes. You never forget those moments.

Is there a song on The New Normal that stands out as your personal favorite, and why?

“Machine” is my personal favorite. I feel it expressed my paranoia and how overwhelming the bombardment of media , conflicting information and propaganda on some levels have been in the past year and a half. I also enjoy music with industrial vibes.

I think I’ve evolved the most in learning how to connect with fans and get myself out there as an independent artist. Right now I may be a small ripple in the music landscape, but I promise there is much more to come on a larger scale. My production also improves and evolves with every recording and video I make.

I would meet Marilyn Manson for his take on business. I would play a gig with Miley Cyrus because she is one of the best vocalist out there. I would write a song with Freddie Mercury, because who wouldn’t. I would have dinner and drinks with Flight Of The Conchords, those guys make me laugh even today.

My new single and video “On The Edge” will be available June 18 2021. I’m currently writing and recording my next album. It has a much more Industrial style to it. I would like to have that available for the beginning of next year.