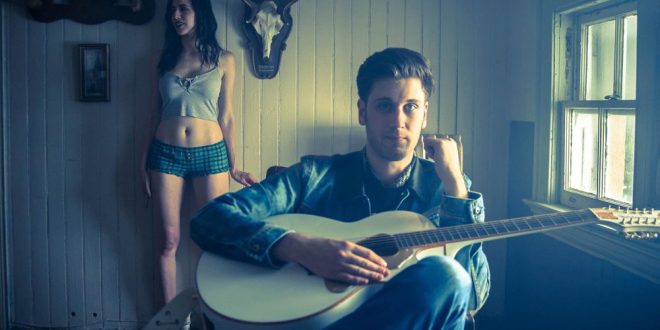 The first album’s somewhat all over the place, genre-wise; but, ultimately I’d classify my  work as alt-rock. I’m not very good with ascribing accurate genre labels, but my new  songs are somewhere between the Moody Blues and Mac Demarco, with a little bit of  psychedelia thrown in on occasion. Of course all of this is probably subject to change,  depending on how I’m feeling on the day I decide to put together the next album. I tend  to just follow what interests me in the moment, for better or worse.

Growing up, it was John Lennon, Warren Zevon, Zappa, Harry Nilsson, and  miscellaneous indie artists  my friends were showing me at the time. I also went through  a pretty intense AC/DC phase (they were my first concert), followed by a Grateful Dead,  CSN, and Dylan phase (my love for the Dead still persists). Lately, I’ve been digging  Tame Impala, Kamasi Washington, and the Talking Heads.

Simple enjoyment. Lately I’ve been trying not to get too heady about it. If they feel a  vibe, then that works for me.

Incredibly active, but it’s difficult to leave a lasting impression. Everyone has so many  choices these days, and people aren’t seeking out random concerts on the regular. You  really have to get in good with a collective or something/someone that puts together DIY  shows with a built in audience.

Tame Impala at Boston Calling a few years ago. They blew Beck out of the water, who I  was initially more excited to see. Kevin Parker and crew just make perfect music, with  such a full sound. They don’t care about putting on as much of a “show” as artists like  Beck. They just play incredibly well, and it works for them. Also, Charles Bradley, the  few times I saw him. Such emotion. It’s the only time I ever had tears in my eyes at a  concert. God, I miss that man. Rest in peace.

Probably “Dangerous Game” and “The Song Song,” although my opinion of the album  as a whole definitely changes from day to day. “Quasi” has the most incredible, David  Gilmour-esque guitar solo by Jared Scharff. I can listen to that track again and  again, probably because I do the least on it, and because Scharff can shred like none  other.

I’ve learned a lot more about producing and engineering, and I’ve tried to focus less on  creating a specific sound and the minutiae of my sonic signature. Speaking to the latter,  I’m just not “there” yet. I’m definitely late to the game in my development, but everything  is still experimentation. I just want what’s in my subconscious to emerge as a finished  product (key word: finished). I have some difficulty revisiting an idea once I get out the  initial inspiration, which is something I need to open myself up to more.

Andy Kaufman or Zappa. If you asked me 8 years ago, it would have been John  Lennon, but recently I learned he was an abusive, hypocritical SOB. Never meet your  heroes, as they say.

Get out of the house more. Build a career. Don’t give up on therapy. Tell my dog I love  her at least ten (million) times a day. Show my friends and family with actions that I  appreciate them as much as I do internally.

What makes you unique?

The fact that I’ve eliminated all other clones and have destroyed the laboratory once  and for all.