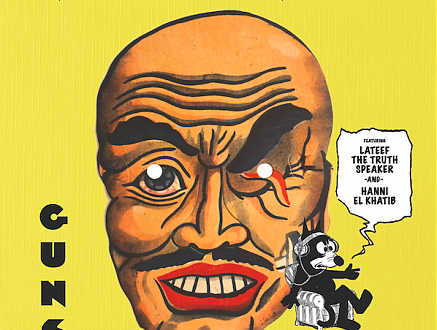 Nick Andre wears many creative hats, producer and label visionary as well, but underlying his polymath-like approach to musical art is his engagement with the world at large. His latest two singles “Guns” and “L.A.’s on Fire” reflect how he wants his work to address larger social concerns while still providing an entertaining, physically involving musical experience. These two singles, by that standard alone, are a full throated success, but there’s more. The singles illustrate his acumen as a top shelf producer with certainty for how he wants his art to be heard and his willingness to work with equally talented collaborators like Rob Sonic and Hanni El Khatib reinforces the inherent quality of his work. This mix of elements results in an unified and invigorating tandem of singles and further advances Nick Andre’s musical ambitions and profile at a time when we need challenging and rewarding efforts like this more than ever before.

There’s practically a skewed gospel quality to the chorus opening “Guns”, but it soon transitions into a spartan musical arrangement centered on percussion. It sounds like Andre has employed both electronic and live drums for the song’s rhythmic foundation and the warm snare snap punctuating the words is effective. The dexterous hip hop delivery of the vocals adds extra bite to a lyric excoriating America’s love affair with firearms with phrasing full of swagger and a knowing smirk while still remaining tasteful. Much of the song, vocally, hinges on the refrain and the bare bones musical landscape frames it for maximum impact. “Guns” is a relatively brief tune, but the song is free from even a whiff of self indulgence and its laser focus captures your attention early on and holds it for the duration of the song.

“L.A.’s On Fire” opts for a much different musical direction and makes good use of ambient sound effects for added atmosphere. Andre takes a more varied approach to the vocals for this song and light post-production effects stress the song’s desperate, apocalyptic mood without becoming too heavy-handed. Andre’s electronica touches are light, as well, but strengthen the feel he’s looking for as well. It’s a dark, claustrophobic recording, but structured for maximum dramatic effect and makes a statement without ever browbeating listeners over the head with its point of view. Much of that final virtue can be attributed to its equally focused running time – neither of these singles run over three minutes.

He manages handily to make an important musical statement in less than six minutes. Nick Andre’s “Guns” and “L.A.’s on Fire” are intense musical experiences despite their length and visions of modern America unhampered by patriotic sentimentality or politics. His musical imagination is powerful without ever overpowering and an astute newcomer to his music while likely sense Andre is an artist ready to follow his muse wherever it may lead him and their journey together is far from over.

User Rating: Be the first one !
Share
Previous Ryan Chernin
Next Don’t be a “yes” Artist