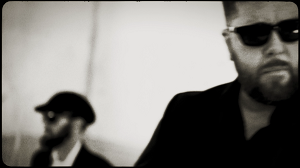 Enjoy themselves, and find some escape in the lyrics.

We’ve both always played music. Chris started piano at 4, and was writing songs at ten. It’s the only thing either of us have ever known.

Too many great ones to list. Soundgarden at Lollapalooza maybe? It’s the one time the time stands still and all the energy in the room becomes one.

We are happy with this whole record.

It’s been an incredibly hard year with the shut down, and we are just really happy to have gotten through it standing.

We just finished a sold out 12 date tour in Europe, we were the first band on the ground there from the states post shut down. We tour in the states in August, and we play the Joe Bonamassa Blues Cruise, as well as Aftershock Festival in Sacramento California with Metallica in October. We return to Europe October 15th-November 5th for another run this time through Italy, France and Spain.