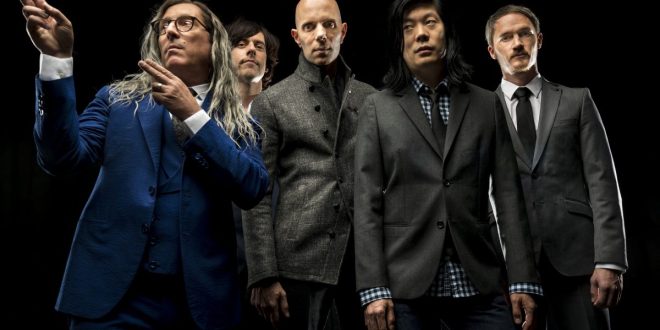 A Perfect Circle are making sure all their touring is taken care of for the remainder of the year. Having already booked U.S. and European dates for May through July, both the U.S. and Europe will get a second leg of touring in the late fall and early winter.

The band just announced a U.S. run that will center on the western part of the country taking place in late October and November, while Europe will get a second leg taking place during the month of December leading into the holidays. The U.S. run starts Oct. 20 in Salt Lake City, Utah and concludes Nov. 20 in Phoenix, Ariz. The European trek begins Dec. 2 in Glasgow, Scotland and wraps Dec. 19 in Rome, Italy.

All of the dates for the run can be seen below. Tickets for all of the newly announced dates both in Europe and the U.S. will go on sale this Friday (April 27) at 10AM local time in each market. To see the stops for the first legs of the U.S. and European tour dates, click here.

A Perfect Circle are promoting their first album in fourteen years. Eat the Elephant arrived last week to positive reviews, and you can check out the disc via the platform of your choosing right here. The album will also be released on clear blue/clear red vinyl on July 6 with pre-orders being taken here.

Tickets for both the U.S. and European tour dates are available this Friday, 10 a.m. local time