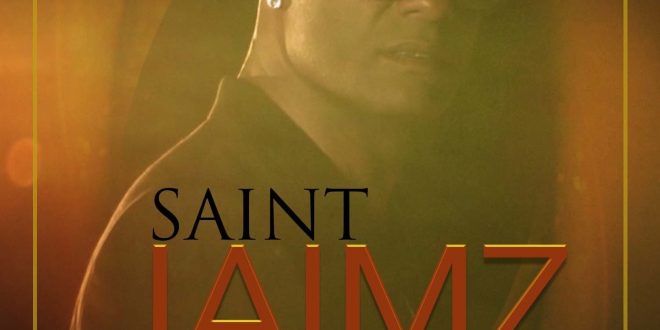 Saint Jaimz’s “AWOL (Absent Without Love)” exhibits some obvious musical debts, but they are never so heavy handed that Jaimz’s music sounds beholden to his influences. He mixes a variety of approaches with his latest single release, but the bedrock sound is retro-styled R&B with a silky soulful side underpinning this song. He isn’t afraid to rely on his voice alone and makes creative use of backing and multi-track vocals throughout the course of the song, but there’s no doubt he’s the artistic center of the experience with an outstanding arrangement further enhancing his efforts.

The mix of keyboards, crisp drumming, tasteful bass, and acoustic guitar announcing itself more and more the deeper we delve into the cut make the song an unusual listening experience. Saint Jaimz has a broader view of what he wants his music to accomplish than a lot of lowest common denominator pop performers and it’s one of a handful of signs Jaimz has his gaze turned towards writing, recording, and performing music that isn’t just disposable entertainment. He wants listeners to be able to revisit his work and find enduring value in the song.

The guitar gets the only real musical spotlight during the song and it gives the track a particularly effective exclamation point near its end. It benefits from strong bass playing as well that pursues a straight forward attack while tossing in some brief, dazzling fills along the way. His voice is an immensely flexible instrument; he moves from spoken word passages, delivered with just the right amount of emotion, through upper and lower register singing alike, remaining convincing at every turn.

Jaimz has released a few singles already, but “AWOL (Absent Without Love)” advances over its fine predecessor based primarily on the audible increase of Jaimz’s confidence and the sure footed manner he uses his voice. He understands how to juxtapose his voice against the instruments, modulating it at the right times, and invests both consideration and passion into the phrasing of the song’s lyrics. They address the listener and its subject in an intensely physical style, never wasting a word, and Jaimz clearly has an ear for sharp sounding words ratcheting up the song’s punch.

Everything comes together with this song. Saint Jaimz’s “AWOL (Absent Without Love)” conclusively proves for me that Jaimz is on the right path in life and brings modern audiences a rare songwriting point of view in a world all too content to be paint by numbers and nothing more. The commitment and authenticity that led Jaimz to prosper throughout a sixteen year tenure in the United States Army is fully in evidence throughout his musical career and likely informs his dogged determination to see things through.

Saint Jaimz has stated he doesn’t write “love” songs. Instead, he says he writes “life” songs and hearing this song tells you what he means. This is a song with a message, nothing pseudo profound or overwrought, but engaged with life in a way not enough pop songs are. Jaimz’s latest single percolates with musical imagination, but it has a beating heart within that discerning listeners will respond to above all else.