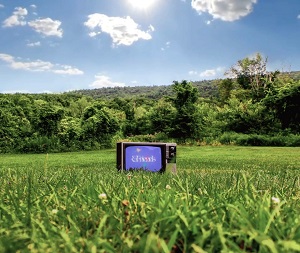 The video for &Friends’ “Let It Be” highlights all the positive attributes the musical collective exhibit on their debut single. DJ and producer Sean Thomas leads a project featuring the talents from different mediums – videographers, artists, musicians, and producers alike leave their mark on this song and video. Starting things off with a variety of men and women saying let it be for the camera, a global selection of people, emphasizes the ambitions the &Friends harbors for their music and this release. 2020 has proven to be one of the most challenging years on record, a pandemic has left no part of the earth untouched, and we struggle with existential threats that have plagued humankind for centuries without resolution. &Friends encourages listeners to set aside their divisions and the video’s imagery supports this message with polished visuals and high quality camera work. It’s a spot-on marriage of song and video.

Tackling one of the Fab Four’s marquee classics demands considerable chutzpah. It demands love and skill, as well, and the individuals involved in the &Friend project are up to the task. I am a great fan of the electric guitar playing throughout this track; it explores different sounds switching things up from the slight distortion crackling through the melody and the near-ethereal grace note like touches laced through the song’s verses. The presence of keyboards during the performance varies from a ghostly opening to a more prominent role as the song progresses. It is a faithful cover of the Beatles song, but it emphasizes its gospel influences much more than the piano balladry of McCartney’s take on the track.

The transition into the house part of the cover is seamless and gradual. &Friends incorporates added instrumental strands into the arrangement and the percussion gives the single percolating energy. These two styles seem like they would naturally clash with one another and we’d be enduring a mishmash of, essentially, two different tracks, but &Friends succeeds in blending these disparate sounds into an unified whole. It is a notable achievement in any genre or style.

The vocals during both parts of the track are more than serviceable. The gospel sounds rife throughout the early portions of “Let It Be” are distinguished by, if nothing else, the uniformity of the singing. Each voice touches that breathtaking sweet spot that deepens my emotional response to the track. The singing takes a bit more of backseat during the house influence portion of this track, but nonetheless retain their high quality. The song’s production does a stellar job capturing all of this for listeners.

I have a strong suspicion this isn’t the only offering we’ll hear from &Friends. “Let It Be” is a fantastic initial single for the project and they prove, in a single stroke, they are anything but a novelty or vanity effort. The substantive power of their “Let It Be” remix lies in its musicality and imagination alike – two qualities, among others, that &Friends looks to promote with their music. Their altruism is very real and so are their collective artistic gifts.