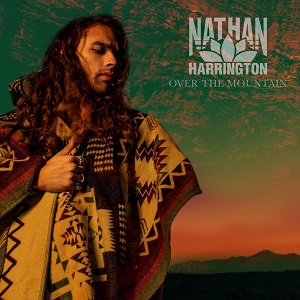 Nathan Harrington’s “Over the Mountain” (SINGLE)

The easy strum of a guitar form a simple beat at the start of Nathan Harrington’s “Over the Mountain,” and despite the seemingly basic construction of the song transpiring before our very ears, there’s something very special taking place here that even the most novice of critics will be able to detect. Even in the brief moments that preclude his singing, Harrington’s instrumental introduction to this track is setting the pace for what will become a truly captivating document. The music video begins with as little a burst of energy as its source material does, but in either case our attention isn’t turned towards the lack of supersized bells and whistles; for this performance, everyone within earshot is locked on the moment the man of the hour will begin to croon.

Harrington’s soft voice is the reason why my heart melted the first time that I listened to this single, but it’s not the lone excuse I would give audiences to give it a dedicated spin before the year comes to a conclusion. His words here are absolutely breathtaking, while the way he strings them together feels more stream of conscious than it ever does something he rehearsed (in a good way, mind you). He isn’t trying to sell us a Hollywood version of himself in this song, but instead giving us the Nathan Harrington that exists on the other side of the aforementioned mountain – and, I must admit, it’s this side of his personality that I really want to understand and appreciate more.

Instrumentally speaking, “Over the Mountain” is barebones and seemingly proud of it, scoffing at the very notion of literal decadence with an implied lushness to its guitar part that is almost ghostly to play back a couple of times through. There’s almost nothing on the backend of this mix to support the strings up top, and still the guitar element sounds so full-bodied and robust that it could have initiated an evocative backdrop even without being properly equalized and mixed for the purposes of a pop single. It’s incredible that Harrington has the voice that he does to match up with this component of the track, and with their combined forces being thrust at us at maximum power, there’s never any doubt as to whether or not we’re getting everything this man can muster here.

I was not listening to Nathan Harrington beforehand, but the intimate balladry he presents the world with in “Over the Mountain” has made me really curious to follow his story more astutely in the future. Reggae is diversifying in ways that a lot of critics just didn’t see coming in the 20s, and though the decade has only just begun, the iconic genre is already producing talent in players like this one well-deserving of some massive hype. It’s hard to predict where Harrington is going to fall in the hierarchy of top-shelf talent hitting the scene right now, but if he keeps cutting tracks like “Over the Mountain,” success is something he can count on.