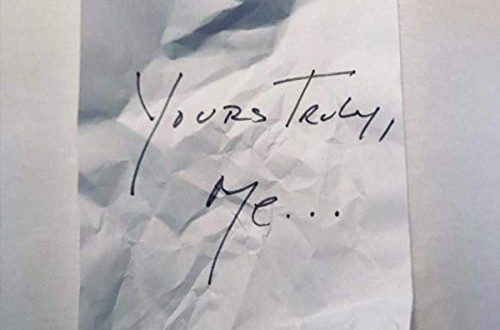 The frets are on fire in Alex Lopez’s new album Yours Truly, Me…, and one needn’t look much further than the flowing melodies of “I Can’t Stop (Redux)” and “Cheating Blues (Redux)” to know exactly what I mean. In Yours Truly, Me…, Lopez abandons any and all interest in playing to the mainstream model and effectively delivers a blues record that has much more in common with the old school experimentalists of genre lore than it does the contemporary “throwback” culture of 2019. In its 12 songs, this record introduces us to a different side of its artist, and I must say, it’s one I want to get to hear a lot more of in the future.

The vocal is a centerpiece in “Sinful,” the ballad “Chase My Blues Away,” “Take Me Back Home (Redux)” (which is, in my opinion, the most poetically poignant song on the album) and the rugged “I’m a Working Man,” and rather than supporting it with an equally bombastic bassline, as he has in previous outings, Lopez gives his voice some room to really own the stage here. He’s not holding anything back from us at the mic – contrarily, he’s going as hard after the verses as he possibly can.

From start to finish, I picked up on a really relaxed vibe in Yours Truly, Me…, and while it’s not necessarily a new element in Alex Lopez’s sound, it’s a lot more noticeable in this record than it ever was in the past. He doesn’t recoil from the rhythmic wall of guitar melodies in “All I Really Want Is You;” he’s running into it head-first, much as he is in the fabulous “Woe Is Me” and the carnally addictive “I’m a Losing It (Redux).” It’s hard to put this album down once it’s off and running, and that alone makes it quite the standout this September (to put it very mildly).

This tracklist is remarkably fluid, and I love the fact that the flow between the different songs never comes off as being artificial or created through some sort of synthetic augmentation in the music. Alex Lopez is, seemingly, going out of his way to make every last ounce of this opulent record’s most cutting moments, like “I Love You Blues (Redux)” and “Tush” – a cover of the ZZ Top classic, if you were wondering – as raw and unrefined as he can without knocking the ball out of bounds. He’s still a class act vocalist, but his riffing is straight out of the gutter in the best way imaginable on this LP.

I honestly can’t wait to hear more from this cat in the next couple of years, because God knows that if he’s going to keep on producing records like Yours Truly, Me…, Slowdown and Is It a Lie through the 2020s, it’s going to be tough for even the most adept of his counterparts in both the mainstream and the underground the keep up with the momentum he’s got at the moment. You can count me in for more, and after you dig its tracklist yourself, I think you’re going to feel the same.