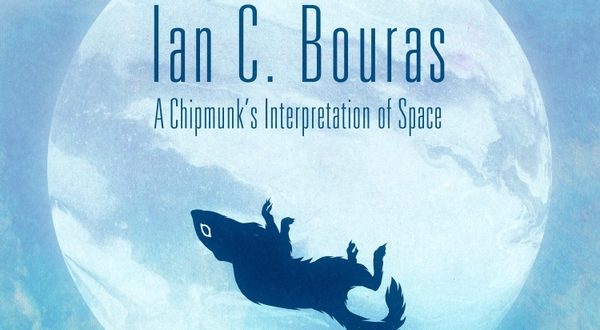 New York City guitarist and composer Ian Bouras’ latest offering, A Chipmunk’s Interpretation of Space, is a live DVD recording of his new material. Bouras is no stranger or newcomer to the music world. Billboard Magazine named him among the best songwriters for the years 2004 and 2005 during his tenure with rock/reggae outfit AñaVañA and, as a sideline to his solo work, Bouras plays in an improvisational duo Book of Clouds with Federico Balducci. He obtained a degree in audio engineering as well that has made his services behind the boards nearly as fruitful as his more traditional artistic outlets. Bouras has accomplished all of this despite living with a rare and progressive neurological condition called Ataxia. Ataxia can lead to a lack of voluntary coordination of muscle movements, abnormalities with gat and eye movement, and changes in speech. Bouras, however, hasn’t let the condition stop him from creating and he appears every year at The Abilities Expo to encourage others to follow their dreams and love despite any condition.

The first of the release’s six parts sets the stage well. It has a more outward melodic gait than some of Bouras’ other compositional experiments, but still leans heavy on an artistic manipulating of timing and sound creating a dream-like texture. He presents the music with a minimum of visual and the filming doesn’t call upon a host of fancy shots and angles to make the music stand out for listeners. The first part has a kind of rustic quality thanks to its setting in some sort of rural theater or classroom. Bouras has his back to rows of chairs with numbers painted on their backs, but no explanation is ever offered throughout the release for the reasoning behind the choices of setting, but they do seem to dovetail into the respective musical moods of each part.

Bouras is inventive. He makes use of a variety of tools to achieve his sound beyond just customary guitar effects. Slide, a popular element in rock and blues music, has a place at his sonic table. He uses wind chimes, even, hanging from the headstock of his guitar during each of the release’s six parts and making a perhaps underrated contribution to the sound of A Chipmunk’s Interpretation of Space. Their gentle tinkling has a positive effect on the third part of the piece and helps lighten its melancholic mood for listeners. Make no mistake, however – even when shadows creep into Bouras’ music, it never succumbs to outright gloom, but there is a palpable overall moodiness to the release that is impossible to ignore. It is thoughtful and inward-looking.

The final performance on the DVD is a coda of sorts in both length and spirit, Part 6 is far shorter than any of the previous performances, but that doesn’t mean Bouras is giving listeners a short shrift with this conclusion. It bookends well with Part 1 and even returns viewers to the same setting – the release, as a whole, moves between in a way that gives an even stronger design to the release. Bouras is obviously an artist who puts a great deal of thought into his releases and none reflect that more than A Chipmunk’s Interpretation of Space.