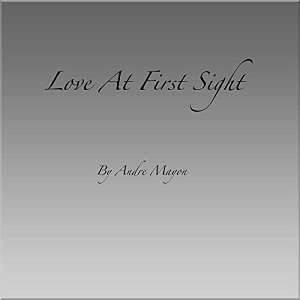 “Love At First Sight” from singer/songwriter Andre Mayon is riding a second wind. Released in mid 2020, Mayon capitalizes on the song’s success with a companion music video out now. No doubt drawing inspiration from the song’s sensitive inner thoughts, Mayon’s classy video is yet another reminder that this Naperville, Illinois-native is carving out a unique career. The camera certainly captures his and his leading lady’s essence. What it doesn’t capture is the viewer (and listener’s) intense interest.

Mayon sings like he’s been drinking coffee and smoking cigarettes all morning. He’s rugged, but a generous layer of gregariousness trickles through his tenor. The timbre in his voice, sturdy and stout like a mountain man or country great, is flexed just as much as is the soul and R&B elements to his artistry. In the video, he’s wearing a cowboy hat, an image that makes the viewer think they should be ready for a tale, an honest song. He’s not putting on airs, if you will. He’s sitting there, with a white backdrop, in a black and white filmed setting, playing just his guitar. He doesn’t strum like a hokey ‘bro country’ rather, has full control of the guitar. The guitar isn’t playing him, rather. He almost dwarfs the guitar with is presence and size. He finger picks – adding more emotion and giving the viewer/listener a sense that because he doesn’t use a guitar pick, he’s more connected to the instrument.

As the video progresses, we get glimpses and montages of a lovely female lead. “Love At First Sight” sonically has two voice – Mayon and an uncredited female voice. I’m not privy if the female in the music video is the singer, but I’m guessing not because she doesn’t actually sing in the video. The viewer receives glimpses of her out on a farm or country side, as well as walking on railroad tracks. I believe the storyline is Mayon singing about her from afar, thinking about her and has tattooed her face to his memory. It’s not quite a Hallmark movie of the week or postcard-esque scene, but so much of her scenes are breathtakingly beautiful. Mayon, who has a background in photography and film and also worked with his award-winning cousin, Hype Williams (Missy Elliot, Kanye West, TLC and more), certainly places a talented stamp on the cinematography. Melon’s work is highly visual, an artistic visionary at the top of his game. There’s something very safe about his voice and in the music video.

With so much music at our finger tips, and a flurry of lyric videos, Spotify playlists and TikTok videos vying for our attention, it’s a welcome thing to have “Love At First Sight” from Andre Mayon represented in video. His moving words, the touching guitar work tucks away all the mystery, all the intrigue. What is left is an artist with a poignant, heartfelt message of communicating love. He does that effortlessly in song and in a visual space. No matter the medium, “Love At First Sight” solidifies Mayon as a top-tier songwriter and singer.

The music of Andre Mayon has been heard all over the world in partnership with the radio plugging services offered by Musik and Film Radio Promotions Division.  Learn more: https://musikandfilm.com/