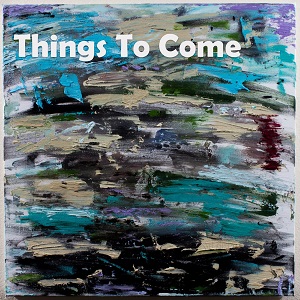 Nashville talent Jeremy Parsons takes a comfortable step backwards with his new album Things to Come. It’s an ironic sentiment for sure, and in no way is it a regressive artistic movement, but I will say that something about this album doesn’t quite spark the same way his last album Things I Need to Say did. The approach on Thing to Come is that of nostalgia from multiple perspectives, and it’s not just thematic as it’s sometimes woven into the text of the music as well, seen in the titular opener with lines like “ain’t nostalgia a powerful thing?”

Parsons doesn’t limit it to his own nostalgia however as he projects onto others as well such as the quietly reflective “Good Ole Days” capturing the lost life of possibly a family member as he details the final days of a withered soul. You can’t help but be charmed by the conviction he brings to each song, even if sometimes the album feels slightly repetitive. Parson is clearly  cut from old school country with a focus on telling universal stories as opposed to the pop country most people have a perception of (do not expect a single mention of a truck) and you can easily tell why he’s opened for legends like George Jones. He’s a sensitive soul with a knack for honest introspection and vulnerability which is an incredible inviting trait as a listener. It’s a judgement free zone as seen in “Masquerade” where Parsons gets refreshingly candid about the exhaustion of living as someone you’re not to please others.

Things I Need to Say felt effective however, it also had the issue of having tracks that felt a little repetitive, covering subject matter captured more effectively the first time around earlier on the album. Things to Come is three tracks lighter and generally the songs are shorter which I think allow for stronger lasting impact on the listener. While covering some murkier waters as seen in the track “Tragedy” which covers (what else?) tragedies ranging from the painful day to day anxieties of not fitting in, to a very candid description of a woman’s grisly death, Parsons never slips too deeply into the darkness. He consistently maintains this breezy atmosphere, like catching up with an old friend.

His lyricism is complex, abound with metaphors, but he knows how to make the most with a stripped back approach like my personal favorite track “Issues.” With “Issues”, Parsons offers a warning that, from a certain perspective is unclear if these words of wisdom are coming from a father figure, or Parsons speaking to his younger self. It’s a coming of age anthem for sure as Parsons declares that “hate is a hell of a thing” and even asks if he’s happy with himself. Sometimes the album can lean a little too conventional, as if Parsons is a little self-conscious and keeps us at an arm’s length. It’s second to last track “Sit and Spin” I feel is the weakest of the bunch, offering a “let’s just kick back and unwind” effort that feels a little out of place given the earlier subject matter.

Parsons is still a major talent. His production is consistent with a great sense of progression, and his voice hits all the right notes. It’s an album I think ultimately will stick with many well after it’s gone, and is a good indicator of more exciting things to come.